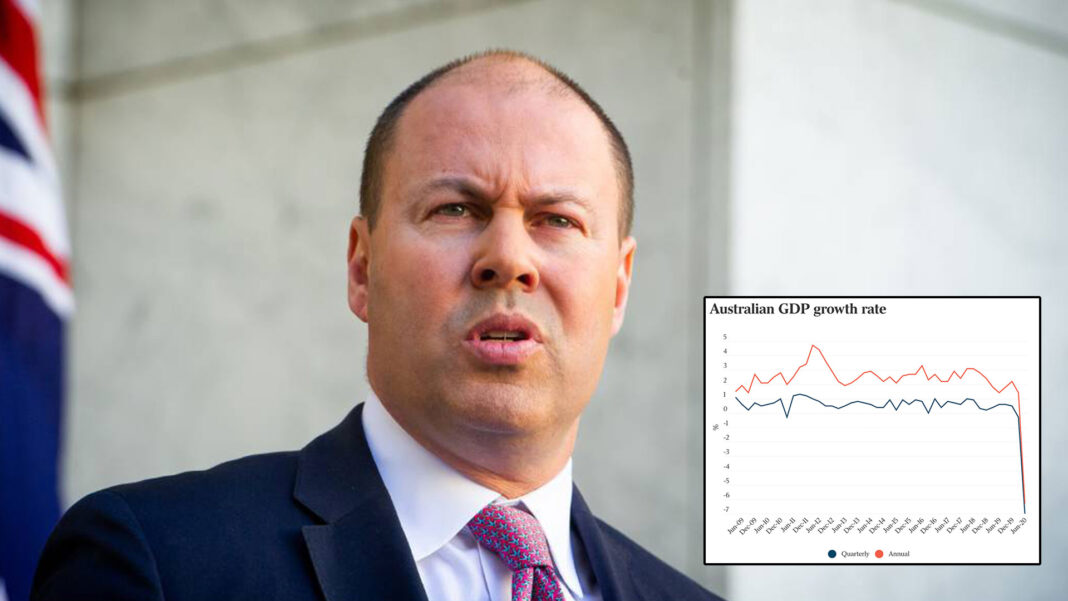 The Federal Treasurer has announced that he’s applied for the JobSeeker allowance, as Covid-19 continues to deal its most severe economic blow since World War II.

“There’s no reason why politicians can’t apply for the allowance,” says Josh Frydenberg. “We’re all in this together.”

It comes as new data shows Australia’s economy contracted by 7 per cent during the June quarter, confirming the nation’s first recession since the early 1990s.

“It’s unclear if there’s any immediate threat to my job,” admits Frydenberg. “But I have to be prepared, and that’s why I’ve applied for JobSeeker.”

A federal government spokesperson wouldn’t be drawn into saying whether or not the Treasurer will qualify for the $1060 payment.

“Like any JobSeeker application, we need to give this application due process,” says the spokesperson.

“There’s no suggestion that Josh has done a bad job, but the federal government is considering staff reductions to help it deal with the economic fallout from the pandemic.”

A decision on Frydenberg’s application is expected “within the next few weeks.”