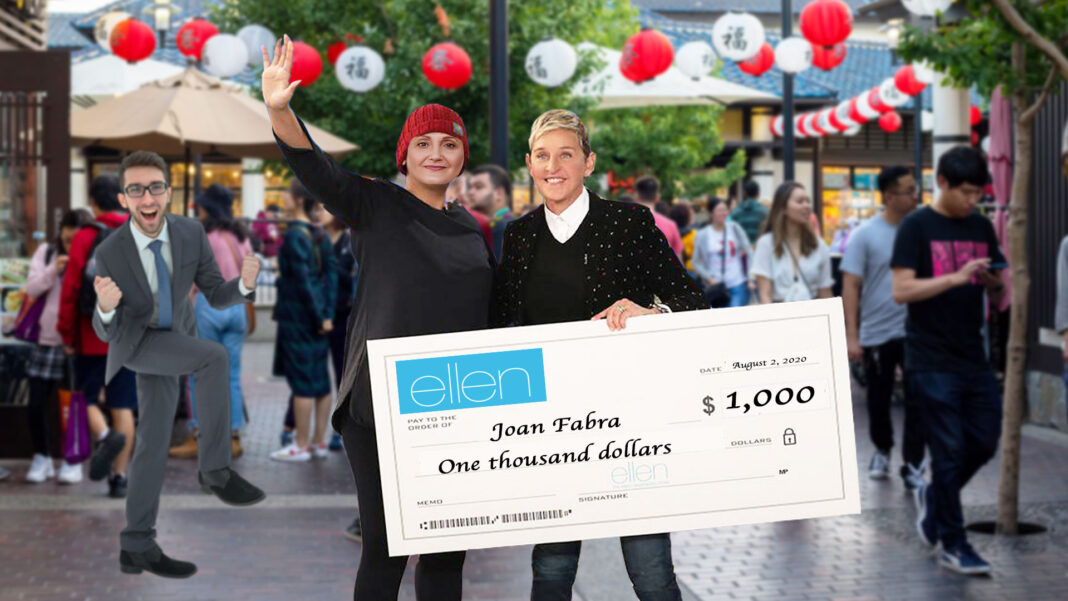 “If you’re American, you deserve it,” she says. “See it as an economic stimulus payment to help with the tough times.”

Ellen made her announcement in a LA shopping mall today, where she was photographed handing out several large cheques.

“These ones are just for show,” she told journalists. “Everyone else can claim their money through the department of social security.”

The 62 year old star is trying to repair her reputation amid recent scathing stories about the “toxic,” “sexist” and “racist” workplace culture at The Ellen DeGeneres Show.

She’s well known for also handing out cash to random people on her TV show.

“The Ellen Show will be back on in September,” says Ellen.

“I also plan to do a lot more solo dancing at the start of the show. I’ll spend a bit more time dancing among the studio audience. It’ll be neat.”