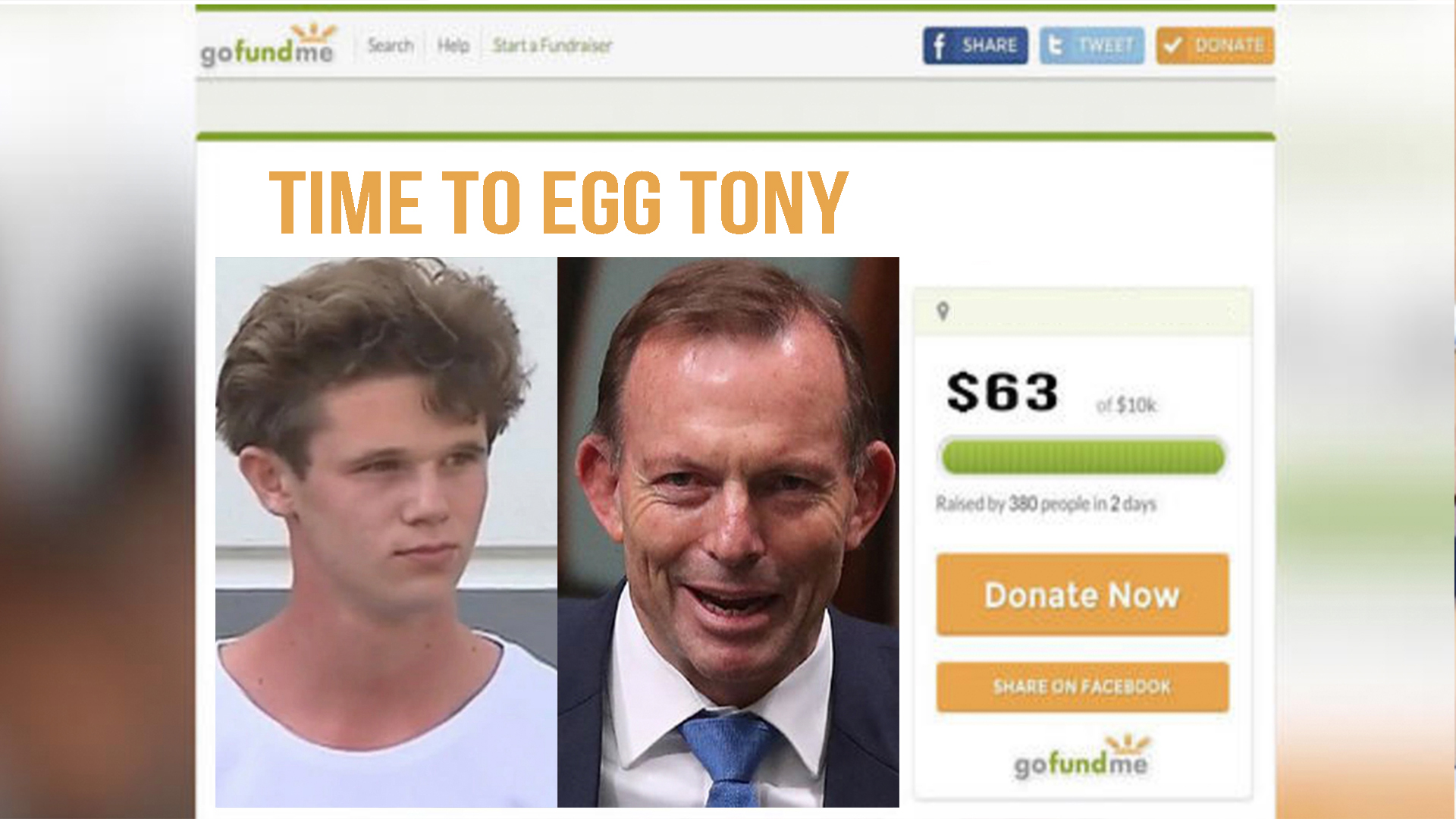 Egg Boy has his sights set on Tony Abbott today after his monumental egging of Fraser Anning yesterday.

“I’ve set up a GoFundMe page to hopefully fund a trip up to Sydney,” says the Melbourne teen. “Tony is next.”

So far he’s raised $63 for his GoFundMe page.

“Who knows how much money can be raised,” says Egg Boy. “Let me know who you want me to smash after Abbott.”