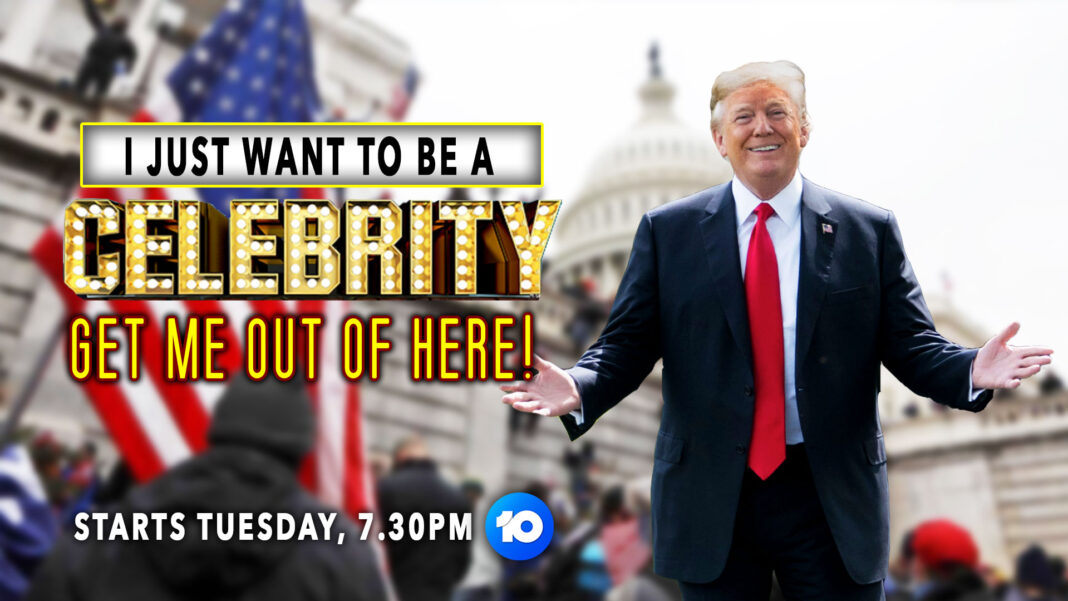 Outgoing US President Donald Trump is to feature in a new reality TV show.

US commercial TV station CBS has begun production of ‘I Just Want To Be A Celebrity…Get Me Out Of Here.’

The show will air in Australia on CBS’ local broadcast partner Network TEN.

“The 13 part series takes a behind the scenes look at Trump’s transition from being U.S President back to being a regular celebrity,” says TEN’s head of factual Ron Hosking.

Donald Trump is already a veteran of reality TV after hosting ‘The Apprentice’ between 2004 and 2015.

“If I’m being completely honest, I’m not really a politician,” admits Trump. “I don’t know much much about politics, I’m just an entertainer and I always will be.”

It remains unclear how much money Trump will earn from his new show, with some industry insiders saying that Trump is paying for the entire production.

‘I Just Want To Be A Celebrity…Get Me Out Of Here’ premieres on Network TEN next Tuesday night.