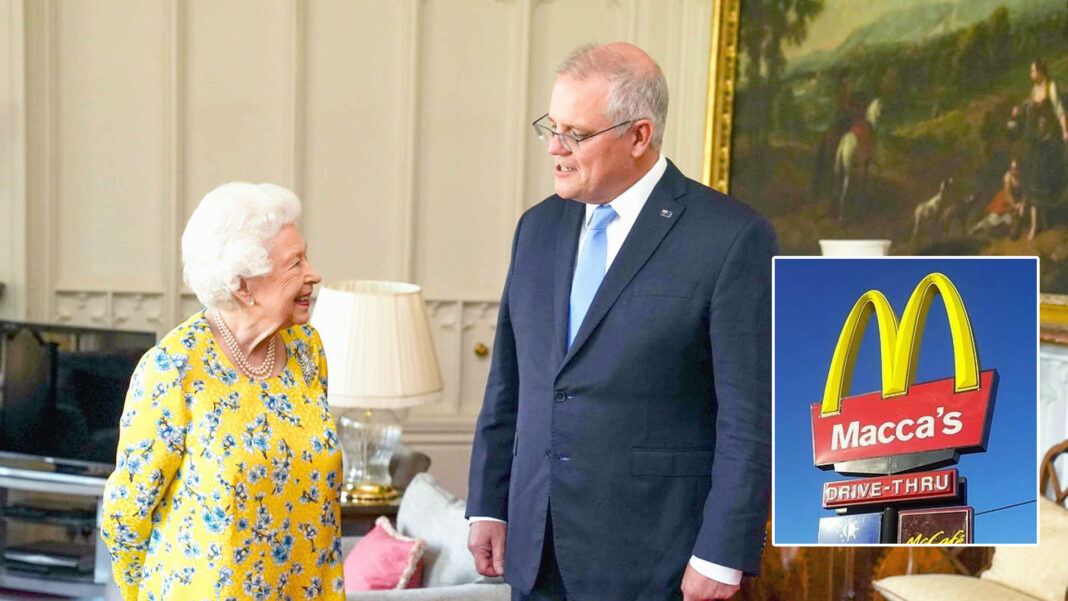 Queen Elizabeth II began her brief meeting with Australia’s PM on the sidelines of the G7 summit by asking him the toughest question of all.

“As Head of The Commonwealth I feel it my duty to ask you something I’m quite concerned about,” said her Majesty. “Is it true you really shat your pants at Engadine Maccas?”

A visibly uncomfortable Scott Morrison attempted to diffuse the situation, telling the Queen “it was a long time ago,” without actually answering the question.

Insiders say there are people who can prove he did indeed shit his pants in the hours after the Cronulla Sharks lost the 1997 Grand Final.

“Let’s talk more about that later,” Scott Morrison told the Queen. “For now I wanted to pass on my condolences on the recent loss of Prince Philip.”

But the Queen refused to give up.

“I’m sorry Mr Morrison, I’m not a journalist you can easily dismiss,” she said. “It’s just a ‘yes’ or ‘no’ answer I’m looking for.”

At that point Mr Morrison simply turned around and ran out of the room at Windsor Castle.

A statement released by the PM’s office said he needed to attend to a “medical emergency.”

But DBT can confirm he had in fact shat himself once again.