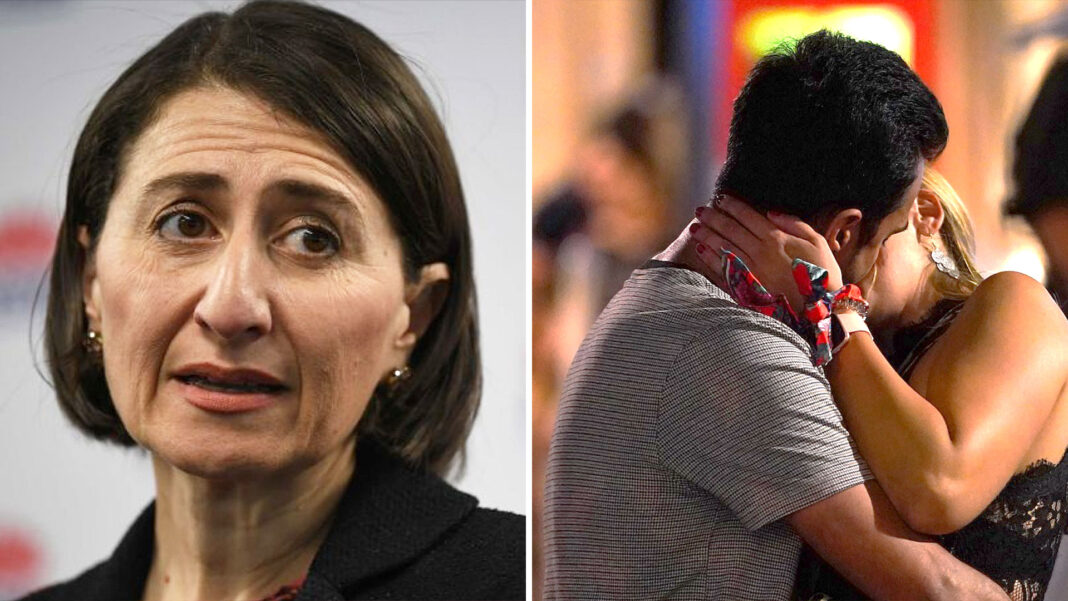 The NSW Premier has announced a landmark kissing ban for New Year’s Eve.

“We know it’s a particularly popular night of the year to be kissing people, but we need to be vigilant,” says Gladys Berejiklian.

“Given the direct exchange of saliva involved, kissing is a very common way of transmitting Covid-19.”

The Premier says extra police will be patrolling the streets from 11.30pm.

“They’ll be issuing fines of $107 for those found kissing, but the ban won’t apply to those living in the same house hold.”

“It also won’t affect people under 12 years old, as they don’t carry the virus.”

During a press conference, Ms Berejiklian seemed illusive when asked if fines will apply to those found giving pecks on the cheeks or lips.

“We need to do everything we can,” she says. “And we expect community support.”