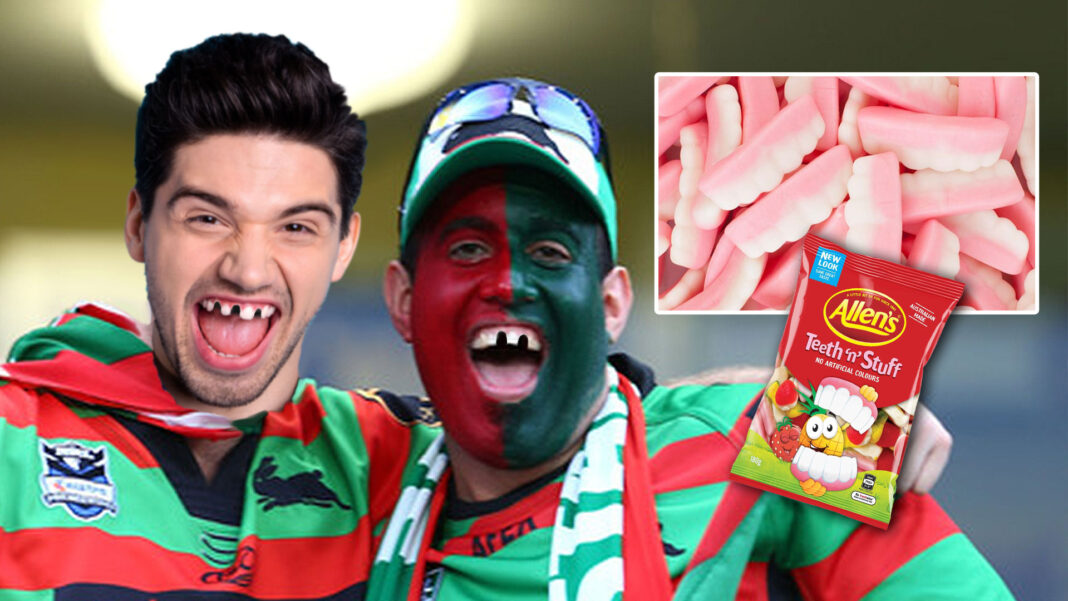 Australian confectionary brand Allen’s has today announced that from next month it will stop producing Teeth lollies.

“We are doing this out of respect to Souths Rugby League fans, who have among the highest rates of dental decay in the Sydney metropolitan area,” says Allen’s CEO Rick Tiller.

He says the decision follows a growing number of complaints from Rabbitohs fans who say they find the lollies offensive.

But some Souths supporters are labelling the move ‘an overreaction.’

“I love the teeth lollies,” says long time bunnies fan Ray Johnston. “Sometimes I actually position them in my mouth to pretend I have a normal set of teeth.”

Allen’s has recently rebranded its Red Skins and Chicos lollies, as they are “out of step” with the company’s values.

“Our market research shows a name change of our Teeth lollies wouldn’t go far enough,” says Rick Tiller. “That’s why we are withdrawing them from the market completely.”

Production of the Teeth lollies will cease on February 1.