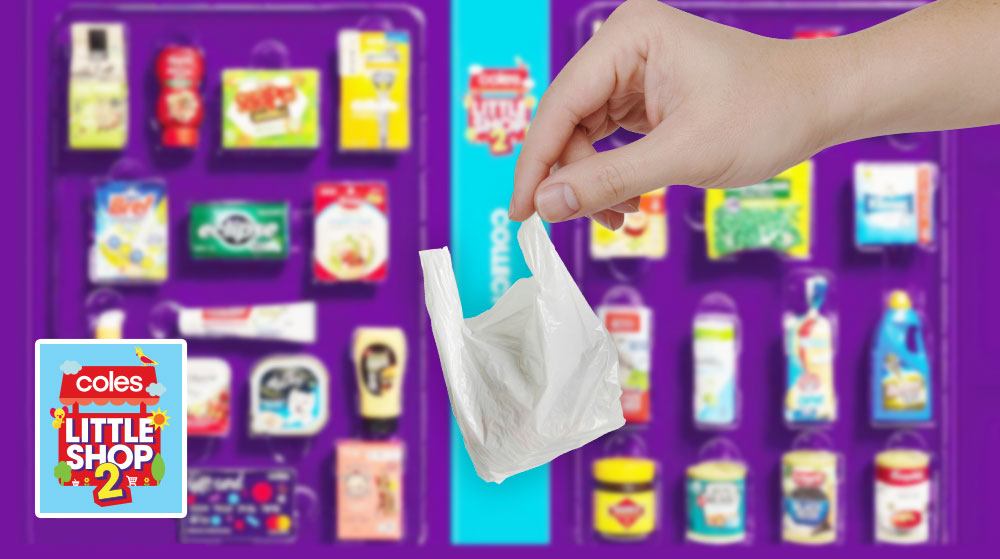 Single-use plastic bags were banned by Australian supermarkets last year, but now Coles has decided to bring them back, as collectables.

“The miniature single-use bag is a new edition to our ‘Little Shop 2’ collectable range,” says Coles spokesperson James Wright. “We now have 31 miniatures to collect.”

The toys have angered environmental groups given the timing of plastic-free July.

“Our Little Shop range is collectable, so there’s no plastic wastage involved,” says Coles’ James Wright. “We remain committed to our ban on life-size single-use bags.”

Woolworths is going to head to head with Coles on collectables, also recently releasing its ‘Lion King Ooshies’ campaign.