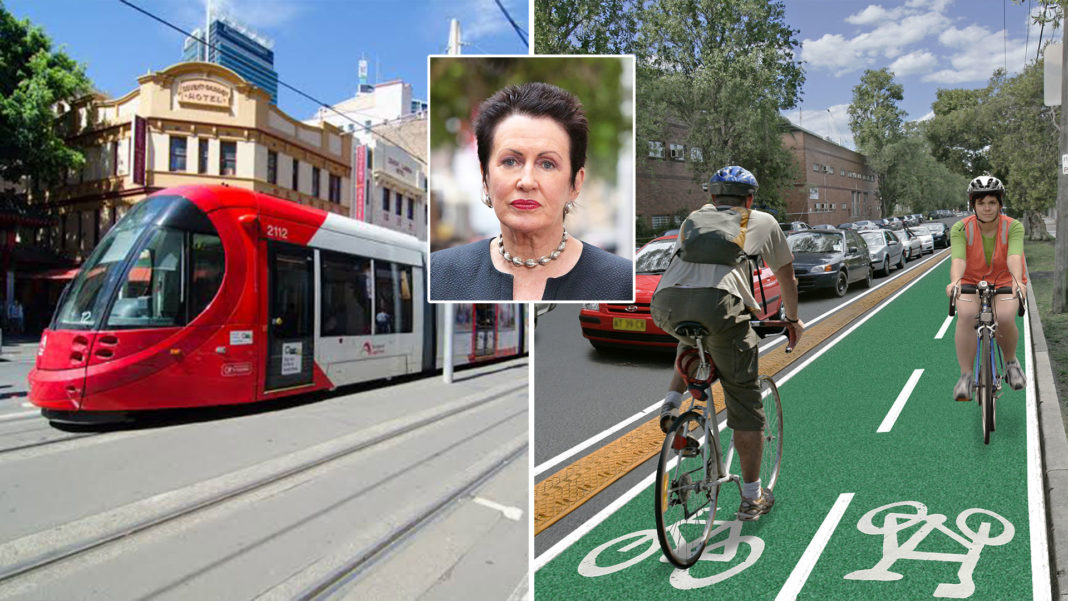 After its offical opening last week, the Lord Mayor has already conceded that Sydney’s light rail project has been a “complete and utter failure.”

“The state government needs to be honest with itself and the people of Sydney,” says Clover Moore. “This tram experiment has been nothing but an expensive disaster.”

In an attempt to appease frustrated commuters, the Lord Mayor has proposed converting the light rail line into a large, dual direction bike lane.

“The infrastructure is already there, all we need to do is fill in the tram tracks and paint the surface green,” she says.

“This is a fantastic opportunity to enhance Sydney’s bike lane network. As we’ve already seen, cycling is the future of this city.”

Having cost almost $3 billion, the light rail project has blown its budget and wrecked havoc on local businesses, traffic, and inner-city residents.

“It takes the tram 50 minutes to get from Circular Quay to Randwick,” says Clover Moore. “I can do that in 20 minutes on my bike.”

The NSW Premier told DBT she’d like to continue trialing the light rail line “a few more days” before deciding if it should be scrapped.