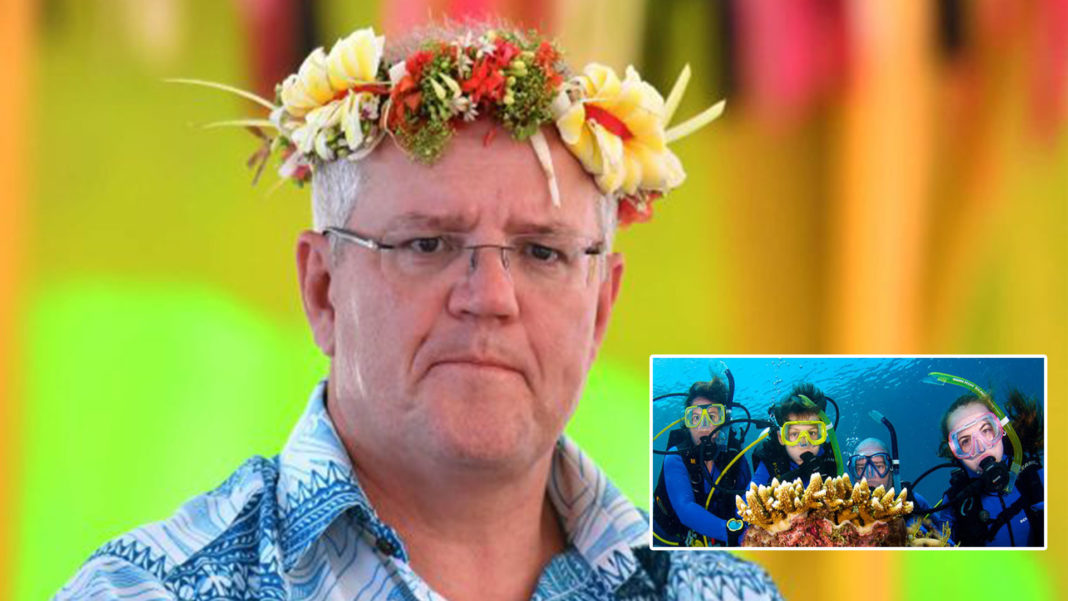 The Prime Minister has announced his return to Australia “as soon as can be arranged,” following the tragic deaths of two volunteer fire fighters overnight.

But in a statement released a short time ago, Scott Morrison says he and his family will be going for “a quick scuba dive” before cutting his Hawaii trip short.

“I promised the children we would go for at least one scuba dive while in Hawaii,” he says. “My hands are tied on this issue unfortunately.”

The PM will return to Australia amid growing public criticism surrounding his decision to take leave during a worsening bushfire crisis in New South Wales.

“The scuba dive should only take a few hours,” he says. “I personally might not even go in the water.”

The Prime Minister stops short of giving any actual dates or times of when he’ll be arriving back in Australia.

“We should be back by Christmas.”