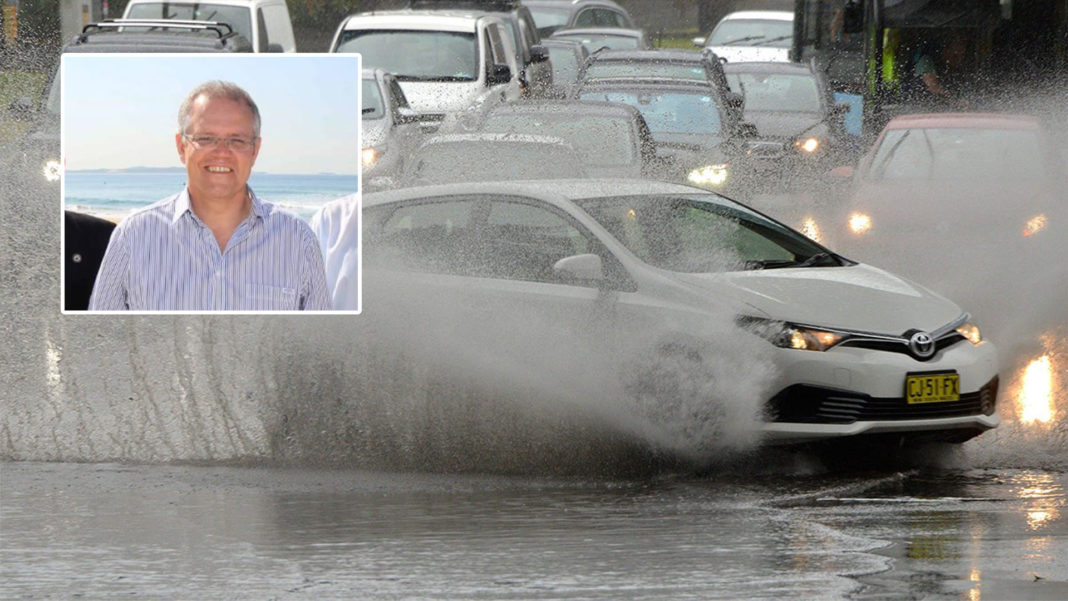 As a severe weather warning is put in place for Sydney and most of the state’s coast, the PM and his family have taken another trip to Hawaii.

“Now is the only potential holiday time Scott has before a trade mission to India later this month,” says a federal government spokesperson. “And the rain is a state government issue.”

It comes amid the biggest downpour in almost half a century.

A total of 683 calls have been received by emergency services, with five people in NSW rescued from floods.

“There is nothing Scott Morrison can do personally to help the situation,” says the spokesperson. “And he cut his first Hawaii trip short, so he’s making up for it now.”

It’s understood the PM has promised to come home if any emergency service workers die.

Over the coming weekend around 300mm of rain could fall along much of coastal NSW.