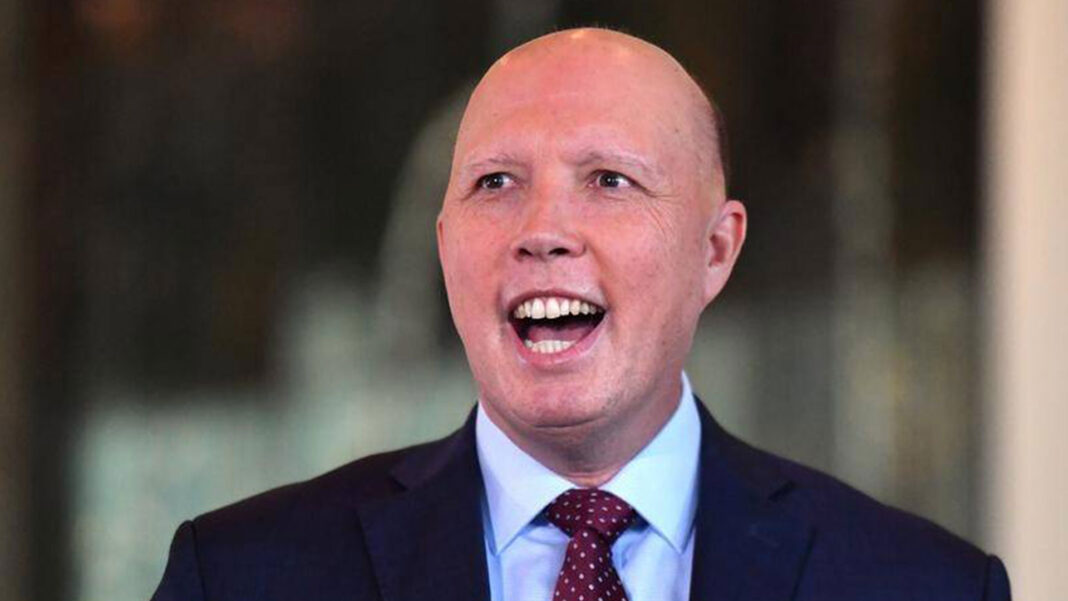 Australia’s Minister for Home Affairs Peter Dutton has been nominated for the 2021 Nobel Peace Prize for his work promoting peace and harmony within Australia.

“Peter Dutton has been instrumental in fostering kindness and goodwill among Australia’s many ethnic groups,” Claude-Rigge told Sky News.

“His constructive engagement with Melbourne’s African gangs is to be applauded, as is his work running Australia’s compassionate offshore detention regime.”

Claude-Rigge stressed that he’s not actually a fan of Dutton, but says he should also be awarded for his commitment in welcoming attractive au pairs into Australia.

Meantime, Australia’s Prime Minister says Peter Dutton has been a key figure in maintaining “calm and goodwill” within coalition ranks.

Dutton is also being praised for injecting humour into federal politics after he joked about Pacific Islanders losing their homes to rising sea levels caused by climate change.

Mr Dutton goes up against Donald Trump in the fight for the 2021 Nobel Peace Prize.

The winner will be announced next year.