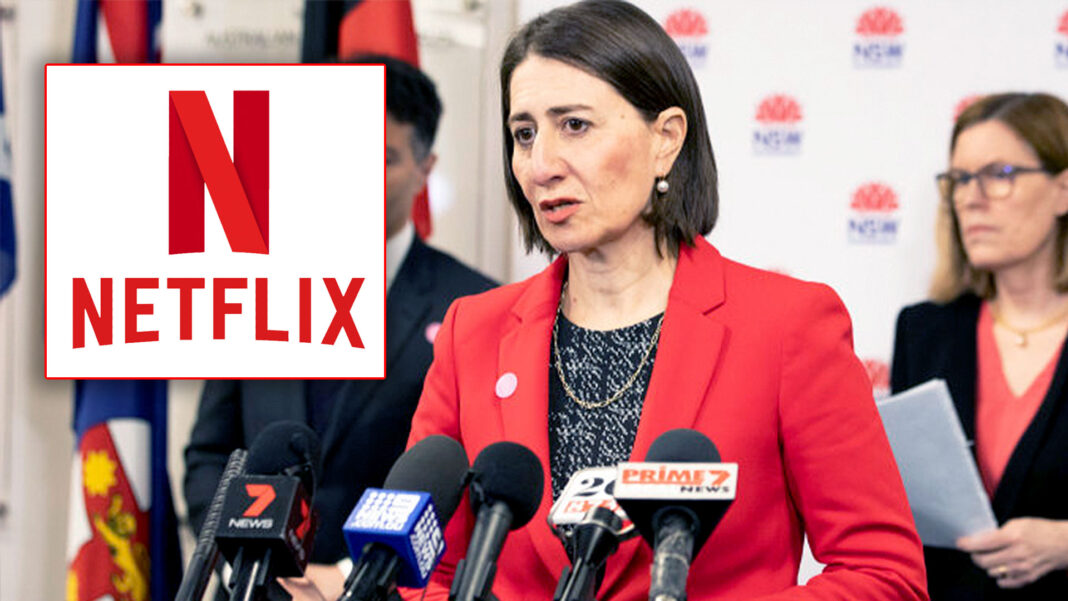 NETFLIX & CHILL: People hoping to tune in to the NSW Premier’s daily Covid update will need to be watching Netflix from Monday.

The streaming giant has secured exclusive rights to the live 11am briefing, which has become must-watch TV as covid case numbers hit more than 600 a day.

“However we’re actually thinking of shifting the press conference to 8pm AEST to attract even bigger audiences.”

“The Premier’s 11am press briefing is literally the only thing people watch on free to air these days except the Olympics and maybe State of Origin football.”

The Premier’s office won’t say how much it’s earning from its deal with Netflix.