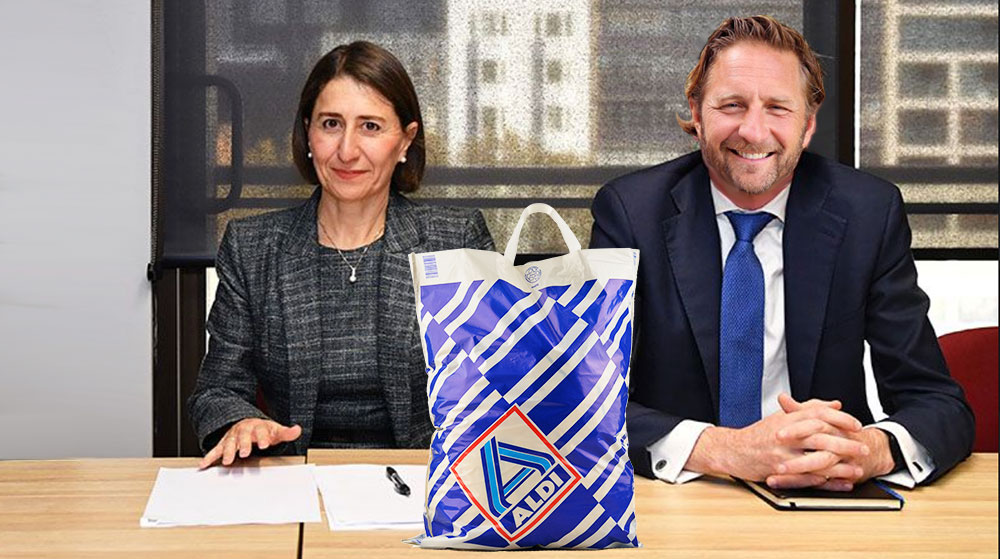 The corruption scandal engulfing NSW Labor appears to be infiltrating the Berejiklian government.

DBT has secured this image of Sydney nightclub mogul Justin Hemmes allegedly handing over an Aldi bag full of cash.

“This was the only way he was going to get the lock out laws wound back,” says Labor  spokesman Gene Wiles. “The Liberals are easily as corrupt as we are.”

The Premier announced yesterday that Sydney’s lockout laws will be wound back for bars, pubs and clubs in the central business district within months.

“Cash is king,” says Gene Wiles. “We will be submitting this image to ICAC first thing Monday morning.

Neither the Premier nor Justin Hemmes were available for comment.