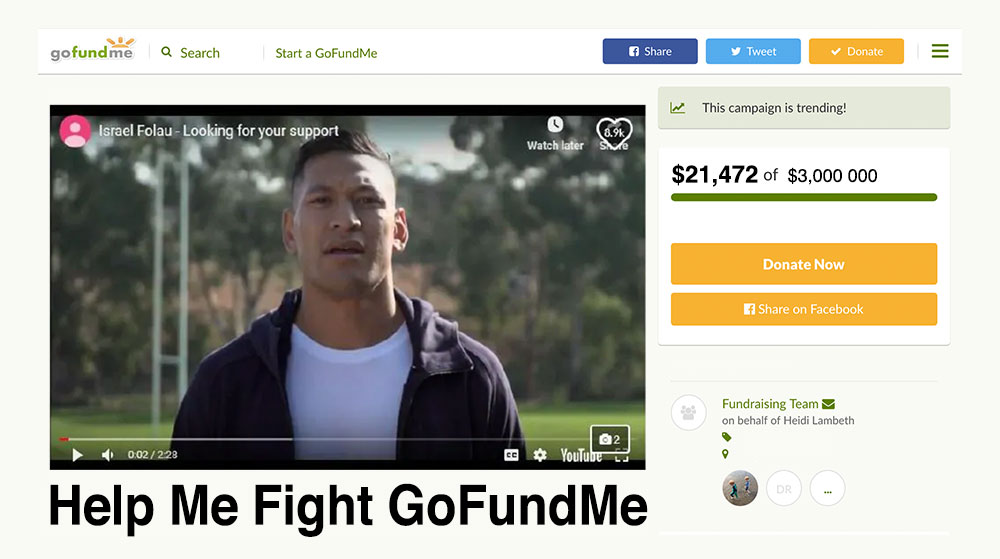 Israel Folau has started yet another GoFundMe page. This time the former Wallaby star is appealing for financial assistance for a legal fight against GoFundMe.

“Once I finish suing GoFundMe for taking down my first page, I will then return to my legal campaign against Rugby Australia,” Folau told Double Bay Today.

GoFundMe shutdown the 30 year old’s appeal for financial assistance yesterday, saying it was in violation of its terms of service.

“I’d already raised more than $750k. They can’t just take that away from me. That’s the amount I’ll be suing them for,” says Folau.

It remains unclear what action it will take over Folau’s new page, which has so far raised $21,000.

“We are yet to determine if we have grounds to remove Israel’s new page,” says GoFundMe Australia regional manager Nick Batton.

“His new page appears to be discriminatory against a corporation, rather than against groups of people, so we are just working through the legals as we speak.”