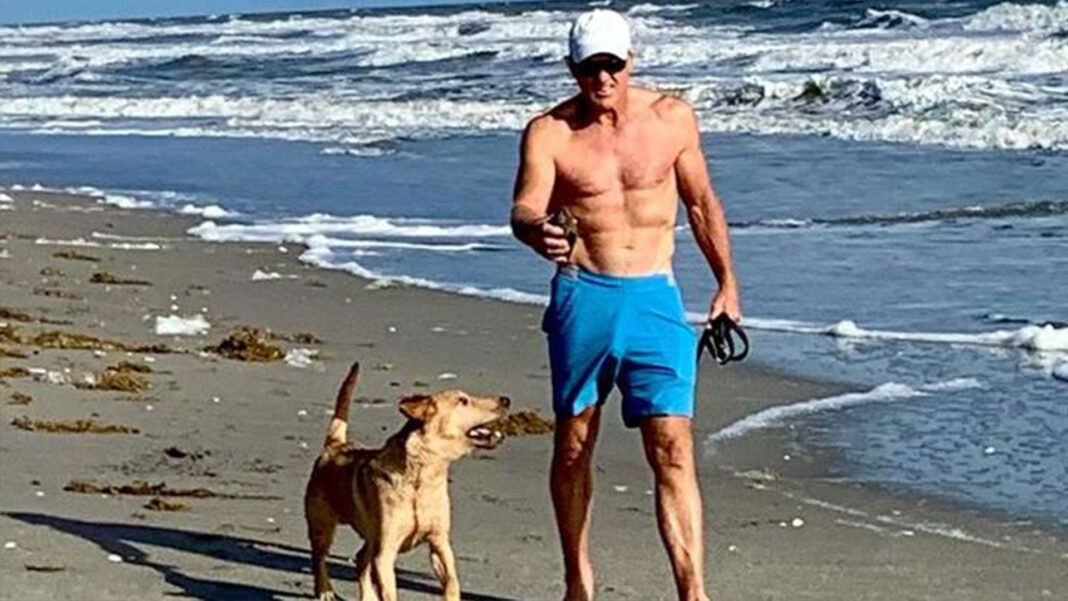 Greg Norman has sparked a social media frenzy after posting an x-rated photo of himself with his dog on a Florida beach.

“You don’t have to look closely to see that semi,” commented one fan. “Hopefully there are some other humans on the beach with him, or else raises question marks.”

Animal welfare advocates say they are investigating the image.

“We are trying to understand exactly what triggered the semi,” says Jemma Highland from the RSPCA. “Hopefully Greg’s wife or someone else was there?”

“The dog appears confused about which stick to grab.”

The Australian sporting legend has addressed the concerns by flatly denying he has a semi.

“I can show you guys a photo in which I do actually have a semi if you like?” he told DBT.