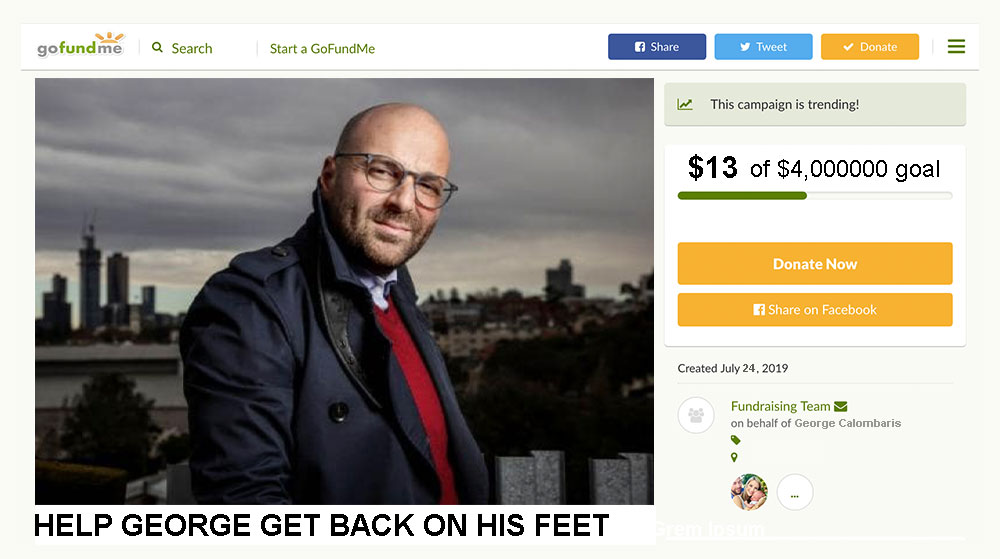 A day after losing his job as a judge on MasterChef, George Calombaris has launched a GoFundMe page to raise money.

“As you know, I lost my job yesterday along with the two other MasterChef judges,” says the celebrity chef. “Please help me and my family through this difficult time.”

The public appeal for money comes despite the 40 year old being a multi-millionaire who underpaid his restaurant staff by almost $8 million, but was only find $200,000.

“What can I say, life is expensive,” says Calombaris, who owns $7.5 million worth of property, and was earning in excess of $1 million dollars from his role on the show.

He’s so far raised raised $13 of his $4 million target after launching the page at 7.30am today.

It comes one month after fellow millionaire Israel Falou attempted to raise money on GoFundMe, before his page was taken down by the website’s administrators.

GoFundme is yet to comment, or take any action on Calombaris’ page.