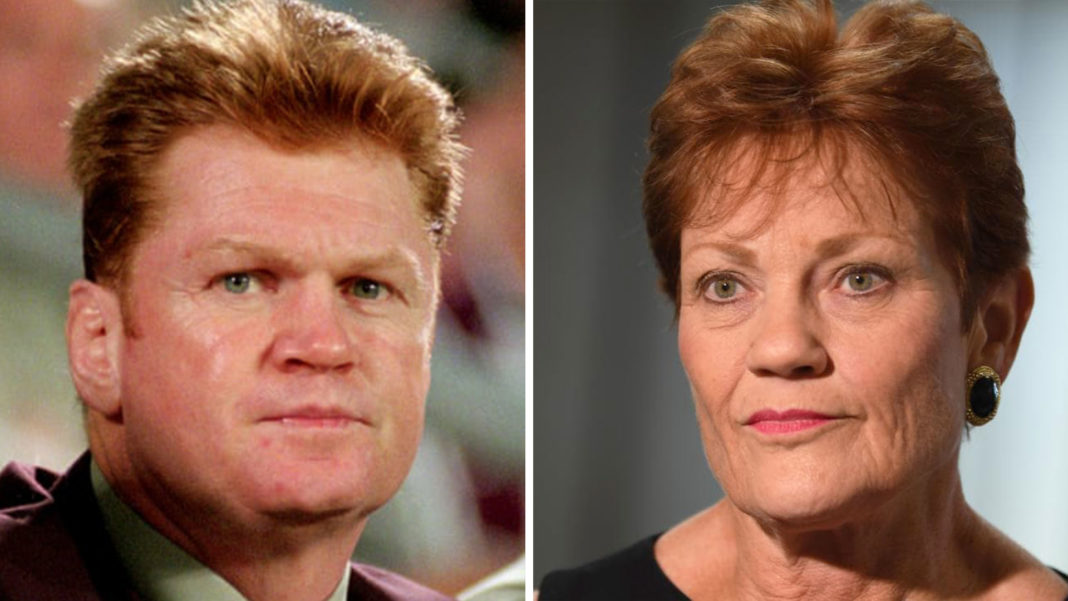 Rugby League legend Paul Vautin and One Nation leader Pauline Hanson say they’re both “overwhelmed yet excited” to learn they are biological brother and sister.

The discovery comes after Paul Vautin took a DNA test with Ancestry.com showing the pair share the same mother and father.

“I’m a bit overwhelmed,” says Vautin who was adopted at birth. “I’m relieved to find out who my real parents are, and also very happy to have a federal politician as my sister.”

The results of Vautin’s DNA tests were confirmed after results from Ms Hanson’s subsequent test proved the pair are siblings.

They say they’re looking forward to getting to know each other better, but acknowledge that they already have plenty in common.

“Apart from our similar looks, we both love fish and chips!” says Hanson. “And we’re both staunch Queensland supporters in the State of Origin!”

It’s understood Paul and Pauline are organising a full family reunion to take place in Brisbane as soon as covid restrictions allow it.