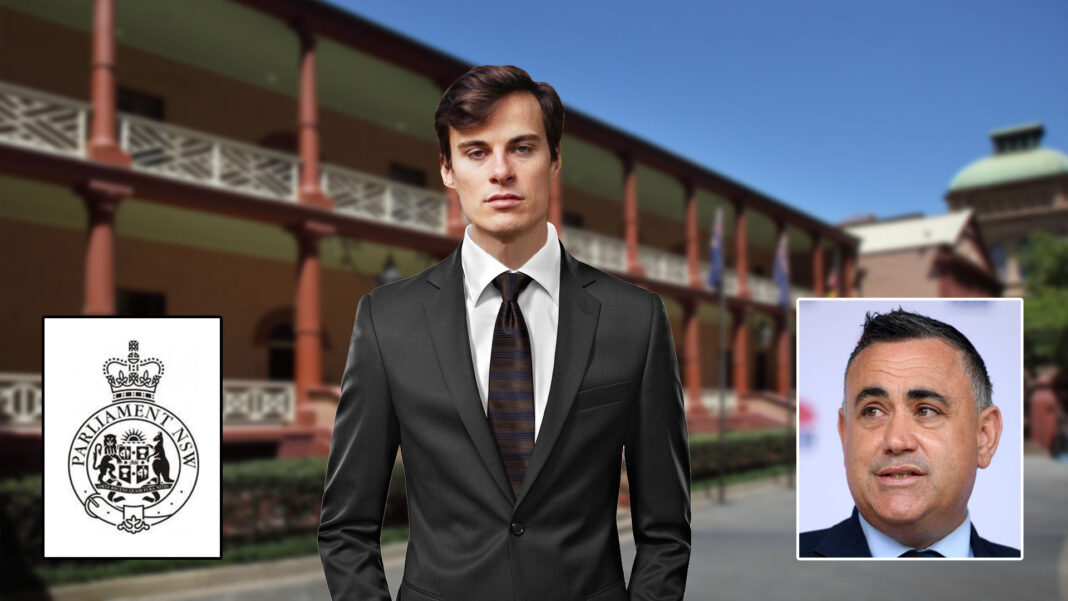 Shanks, also known as Friendlyjordies, will step into the role of NSW Deputy Premier, replacing the man he accused of corruption: John Barilaro.

“This is an exciting new life chapter for me,” Shanks told DBT. “It’s a different career direction, but politics and comedy actually have quite a lot in common.”

The 32 year old says he’s looking forward to bringing his skills in stinging commentary and analysis to the floor of NSW parliament.

Shanks says one of his priorities will be to working to restore the state’s fast declining Koala population.

His first motion as Deputy Premier will be to conduct a minute of silence, paying tribute to John Barilaro, with the Super Mario theme song playing in the background.