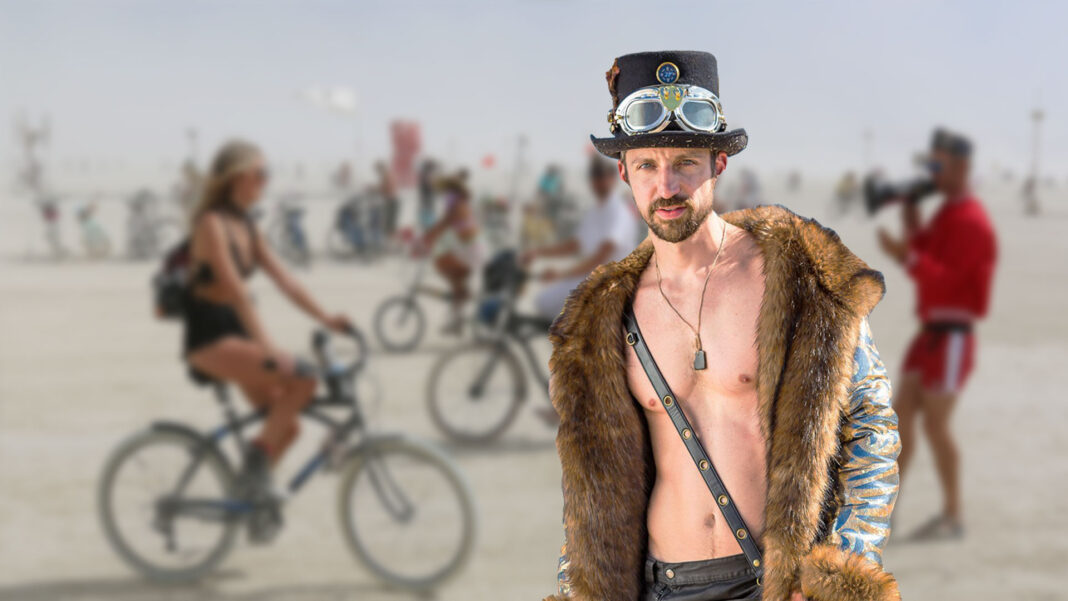 PLAY ON PLAYA: It’s already been six years since Harry Stevens went to Burning Man, but he says he’s still feeling the effects.

Despite not attending the 9-day arts event in the Nevada desert this year, Harry Steven’s social media profiles appear as a tribute to his time there in 2016.

He remains fully kitted out in his Burning Man costume, even as DBT caught up with him at his Bondi apartment.

“I’m planning on going to Burning Man again next year,” he says. “Until then, I’ll just be hanging out around Bondi wearing my goggles and top hat.”

“I’ve also started doing some casual fire twirling every Friday night outside the Bondi Pavilion if anyone wants to join.”