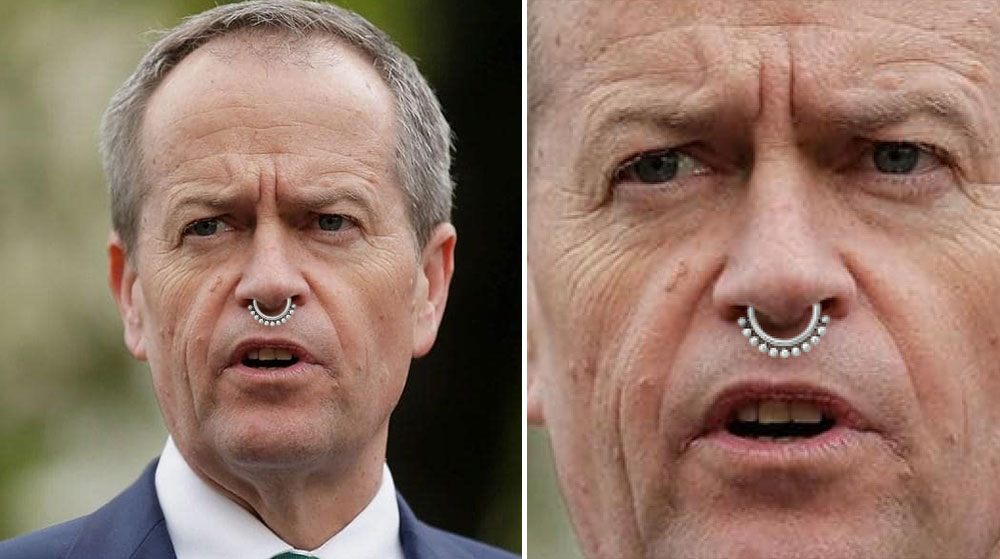 With just over one week until the federal election, Bill Shorten is trying everything he can to secure victory.

The Labor leader has appeared on the campaign trail today with his very own septum piercing.

“All Australian’s should know that I am an environmentalist, I’m fashionable and I’m a risk taker,” says Shorten. “But this piercing has nothing to do with the election. I’ve planned on getting one for a while now.”

“Polling shows a voter swing from Labor to the Greens around Sydney’s inner west,” says the ABC’s election analyst Antony Green. “It’s a trend Bill Shorten is keen to reverse.”

The polling shows a 3.7% swing from Labor to the Greens in Camperdown, Redfern and Glebe.

“This is a problem for Bill Shorten in what will be a very tightly contested federal election,” says Antony Green. “Getting a septum ring is a sure fire way to win back those swinging Greens voters.”

The opposition leader says he can’t rule out getting more piercings before the federal election takes place on May 18.