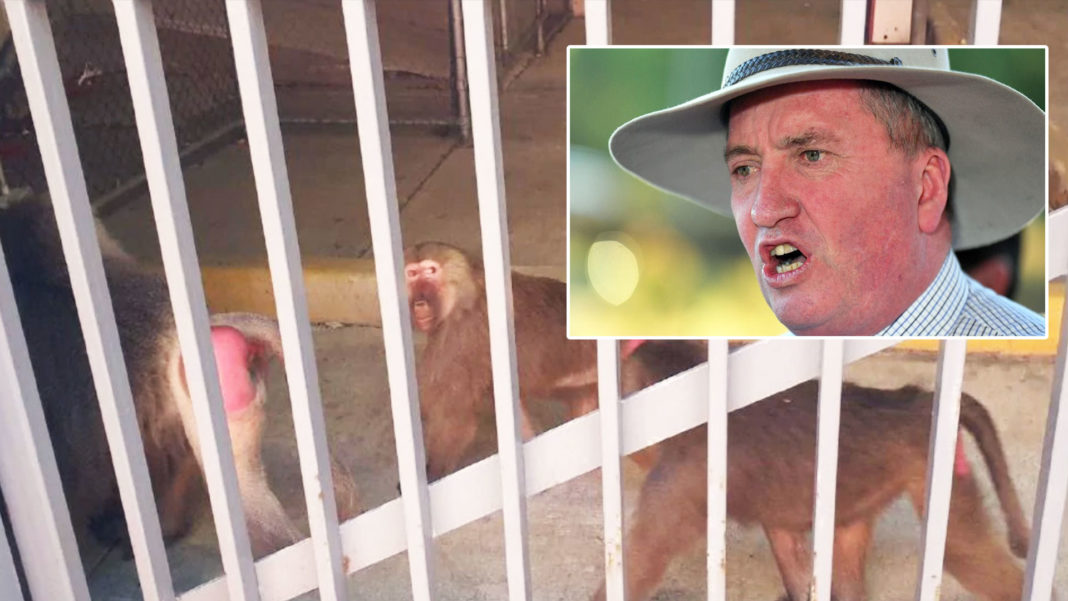 Barnaby Joyce is calling for an inquiry into why it’s acceptable for some species to have multiple partners.

“But for humans it’s like the ultimate sin,” says the Nationals PM. “It’s not fair, we need consistency across the board.”

Yesterday in Sydney a male baboon being transported for a vasectomy at a local hospital escaped with his two wives.

“The baboon had two wives and nobody even batted an eyelid,” says Joyce. “Yet when I tried it, I virtually lost my entire political career.”

Mr Joyce was forced to stand down as leader of the National Party last year after revelations of his extra marital affair with a former staffer.

“All animals and mammals should be treated equally,” says a red faced Joyce. “I’m calling for an inquiry as to why this isn’t the case.”

Coincidentally Joyce’s calls come one day after Labor’s Joel Fitzgibbon called him a “Neanderthal” in a clash over the ALP’s new emissions reduction target.