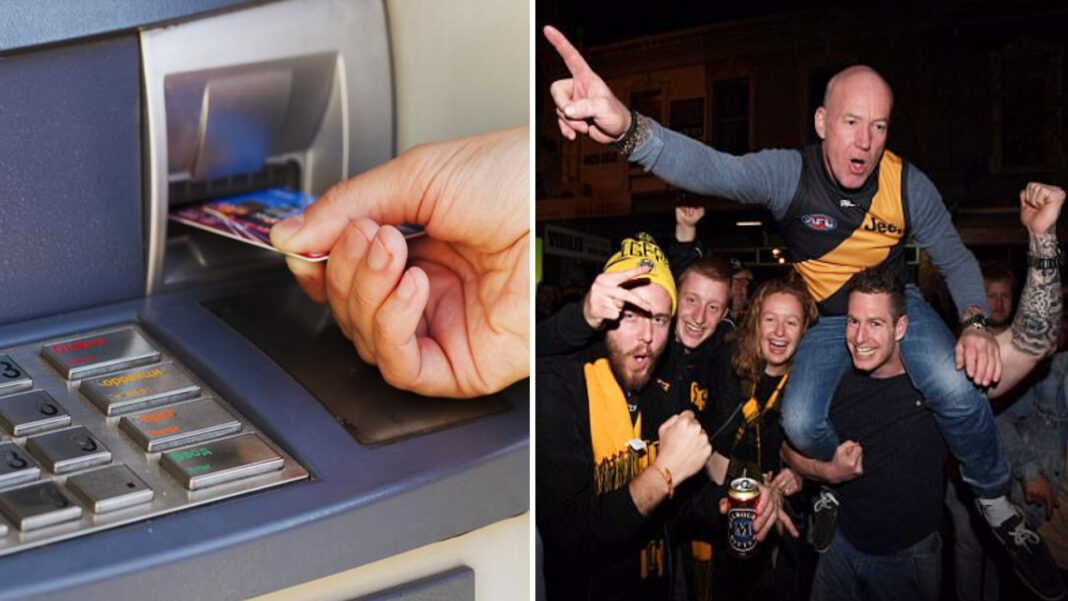 “There was a flurry of withdrawals around 9.45pm,” says Westpac’s Jane Hilder. “It all seemed to happen in the hour or so after Richmond won the AFL Grand Final.”

“Despite Melbourne’s strict lockdown measures, many of our ATM machines ran out of cash,” says ANZ’s Michael Henry.

Last night Richmond defeated Geelong 81 – 50, to give the Tigers a third premiership in four years.