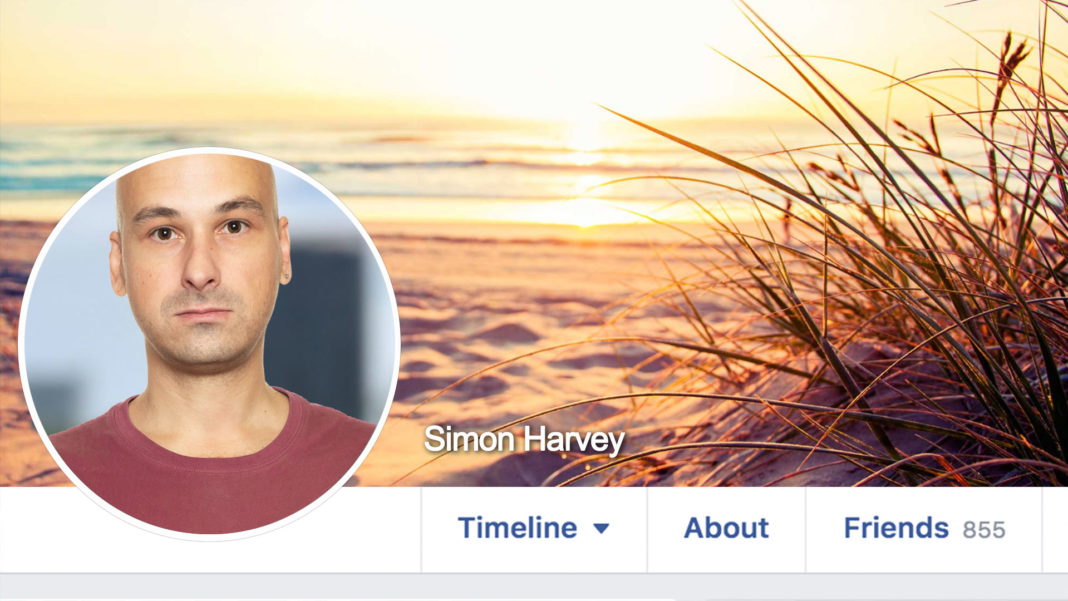 CROP TOP: A Brisbane man is accused of intentionally cropping his Facebook profile photo to exclude the top of his bald head.

It’s understood Simon Harvey started losing his hair 5 years ago, at the tender age of 26.

“Ever since then, he’s also been wearing hats, even on overcast days,” says one of his friends. “He’s also now begun wearing sunglasses on the top of his head.”

With all of Simon Harvey’s Facebook photos set to private, his profile photo remains the only glimpse into how he looks these days.

But the IT worker says he has nothing to hide, and denies intentionally cropping the profile photo.

“It’s just the way that photo was taken,” he says. “I could change it but I barely use Facebook to be honest.”