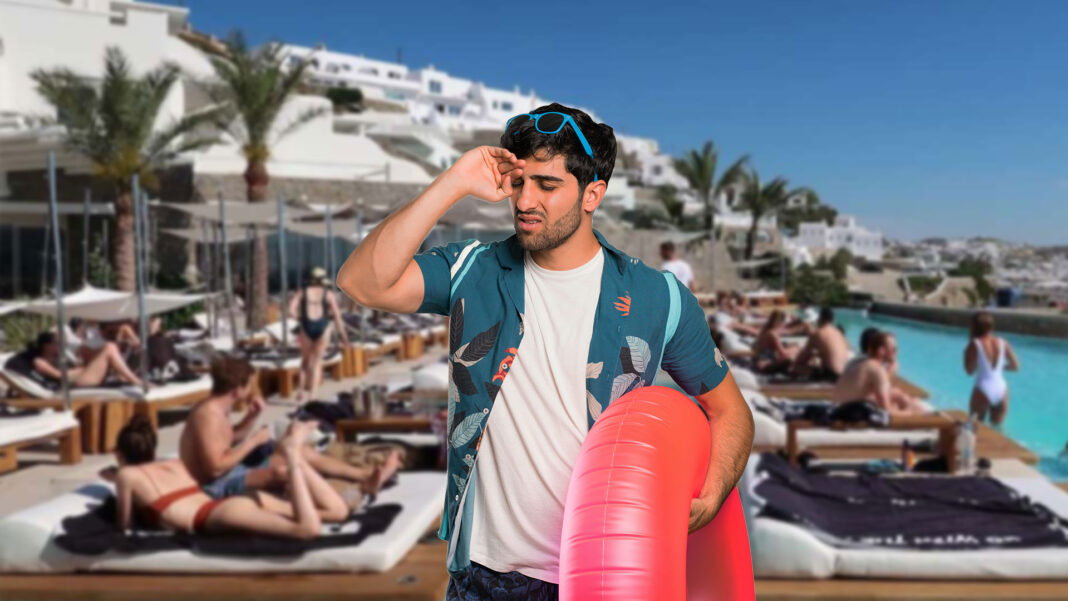 EURO TRASH: A Sydney man says his holiday to the Greek tourist hot spot Mykonos is being overrun by ‘absolute blow-ins’ from down under.

“I’m so sick of all these muppets,” says Steve La Rosa. “They think they’re cool coming to Mykonos, but they are literally just sheep all following each other.”

Steve La Rosa says he travelled to the summer party Island to ‘unwind,’ and for a short break from Sydney’s pretentious scene.

“But now I’m completely surrounded by it,” he says. “And most of the Sydney people here now are from the western suburbs and stuff. At least I came here from Bondi.”

NRL Grand Final To Be Held In Bali, As That’s Where Most Penrith & Parramatta Fans Are On Holidays