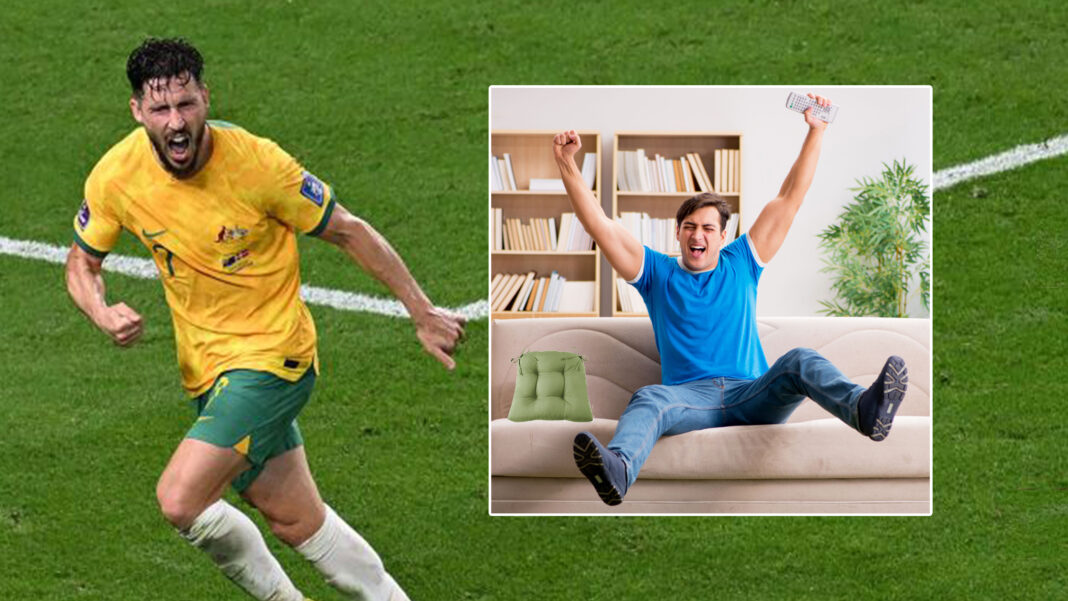 CHANGE OF HEART: The 1998 captain of the Scots College 1st XV Rugby team is today jumping on the soccer bandwagon after the Socceroos World Cup victory against Denmark.

“How good are the Socceroos!?” shouted Miles McKenzie, in the early hours of this morning as he watched the game that saw Australia book a place in the round of 16.

“I can’t believe we beat Denmark. I’m so proud of our boys.”

But it was a very different story back in his toxic private school boy days when rugby ruled, and when he’d verbally and physically abuse anyone who played soccer.

“He used to call me a wog and a poof and bash me up before throwing me into the bushes in front of everyone at lunch time,” one former Scots student told DBT.

“It traumatised me to the extent that even today I still feel scared about telling anyone I used to play soccer.”

“Mathew Leckie’s goal this morning was sensational,” he says. “Lucky it wasn’t someone like Ajdin Hrustic who scored the goal, cause I have no idea how to pronounce his name haha.”