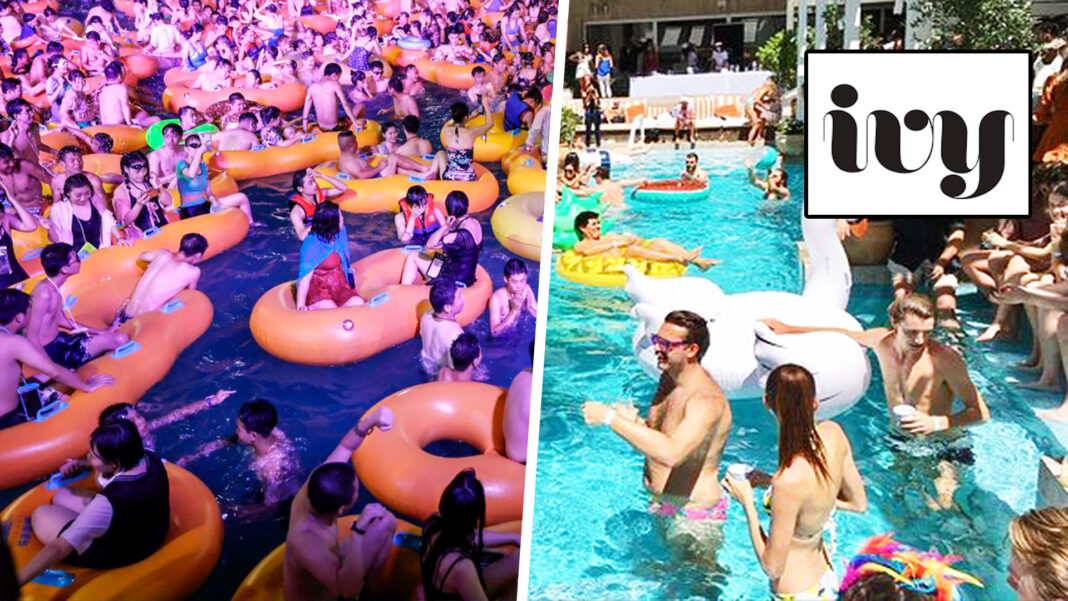 A team of researchers are playing down concerns about a huge dance party that took place in a packed Wuhan water park over the weekend.

Despite Wuhan being ground zero for Covid-19, the pool at the ‘Wuhan Maya Beach Water Park’ was found to have much less disease than Sydney’s Ivy Pool on Sundays.

“The Wuhan swimming pool is as clean as a whistle when compared to Ivy,” says lead  researcher Paul Wakehurst from UNSW.

“We found traces of Covid-19, HIV/AIDS, Tuberculosis and several sexually transmitted diseases in the Ivy Pool.”

Researchers say the sheer diversity and volume of people who attend Ivy on Sundays means the pool there has a high exposure to diseases.

“That swimming pool at Ivy is like a melting pot,” says Paul Wakehurst. “People from as far west as Penrith are regularly at Ivy on Sundays. The chlorine doesn’t stand a chance.”