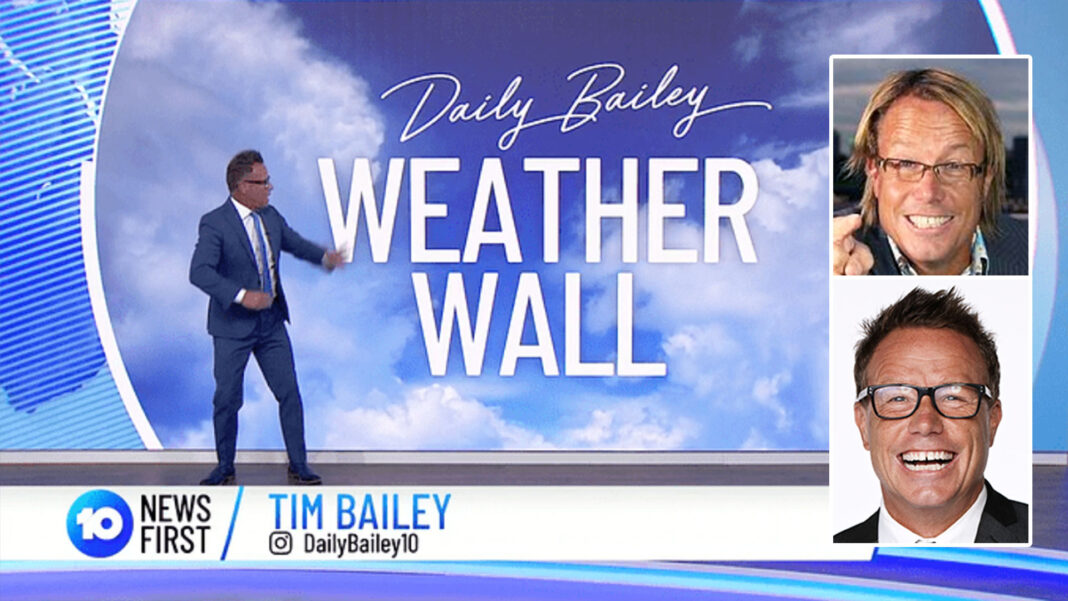 One of the world’s leading TV weather presenters has reportedly been dumped by Channel TEN after a 25 year association with the network.

Tim Bailey is well-known for his perfect prose and pronunciation, and his quirky, captivating delivery.

“No more drips and drops across rooftops and crops,” says one loving fan. “I watch Tim’s weather segments as often as possible, mainly for their entertainment value.”

It’s understood the veteran forecaster is among a number of TEN news presenters to lose their jobs in cost cutting announced today.

“How good do you have to be to keep your job at Network TEN these days?” asks media analyst Simon Fletcher.

“Tim Bailey is a legend and also a genius. I also loved his early work on Totally Wild.”

Either way, a flood of TV personalities and others have paid tribute to Tim Bailey today.

“Don’t worry Tim, no doubt TEN will look after you, we love you,” says one washed up satire news writer.