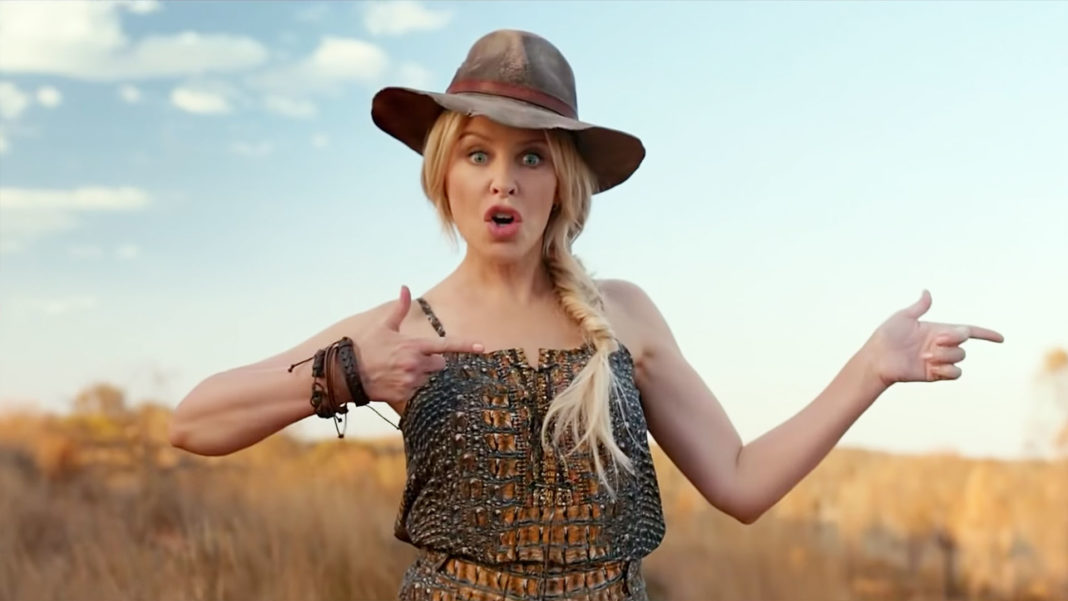 Despite living in the UK since the 1990’s, Kylie Minogue has been chosen as the face of Australia’s new $15 million tourism campaign.

“If Kylie really did love it down under so much, wouldn’t she live here?” asks one critic of the TV commercial, which features the pop princess in several iconic Australian locations.

Kylie Minogue grew up in Melbourne, but after her screen and stage success she moved to London at the end of the last century.

She currently lives in a $25 million apartment in the exclusive London suburb of Chelsea.

“Ideally we wanted someone local to star in the commercial, but unfortunately Jessica Mauboy wasn’t available for the shoot,” says Tourism Australia boss Gyles Billings.

The commercial also features comedian Adam Hills, even though nobody knows who he is, even within Australia.

It’s understood Kylie Minogue has also agreed to star in a campaign to promote tourism to the UK.