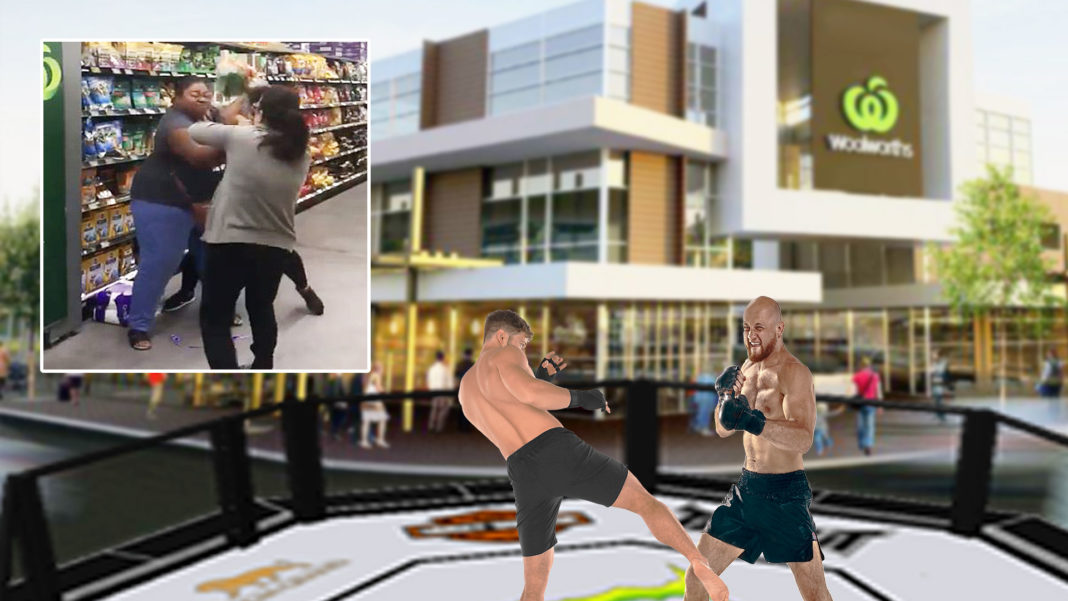 The car park at Woolworths Chullora will set the stage for a night of UFC fighting.

The March 15 event is set to take place across men’s and women’s divisions.

Organisers say local fighters are encouraged to try out.

“We’re going to have UFC selectors at trials in the lead up to the event,” says Ray Talerton. “It could be a good market for new fighters.”

Woolworths says it plans to roster on extra security during the series, to help reduce in-store flare ups.