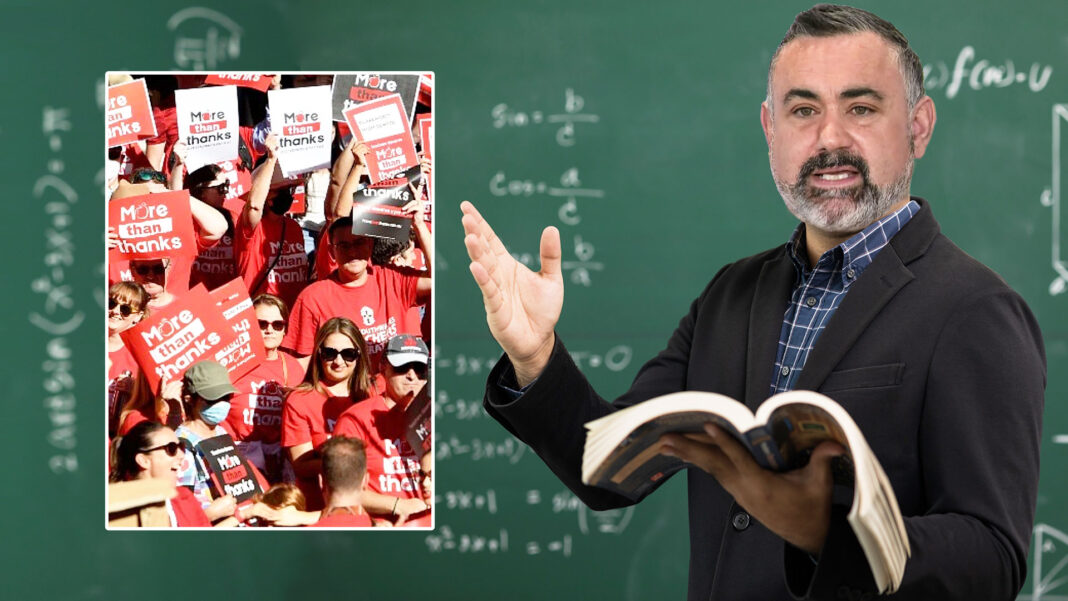 From next week, all teaching staff in the state will receive a 20% pay rise – much bigger than requested – and they’ll also have significantly lower work loads.

The announcement comes after former NSW deputy premier John Barilaro was given a new job as a legal studies teacher at Double Bay public school.

The NSW Premier denies the two developments are connected.

“Both issues have been given full due process, but that being said, I haven’t been personally involved in either of them.”

It comes after John Barilaro was controversially appointed to a $500,000 a year US trade posting.

“I’ve decided to step down from that role to focus on my new teaching career,” says Barilaro.