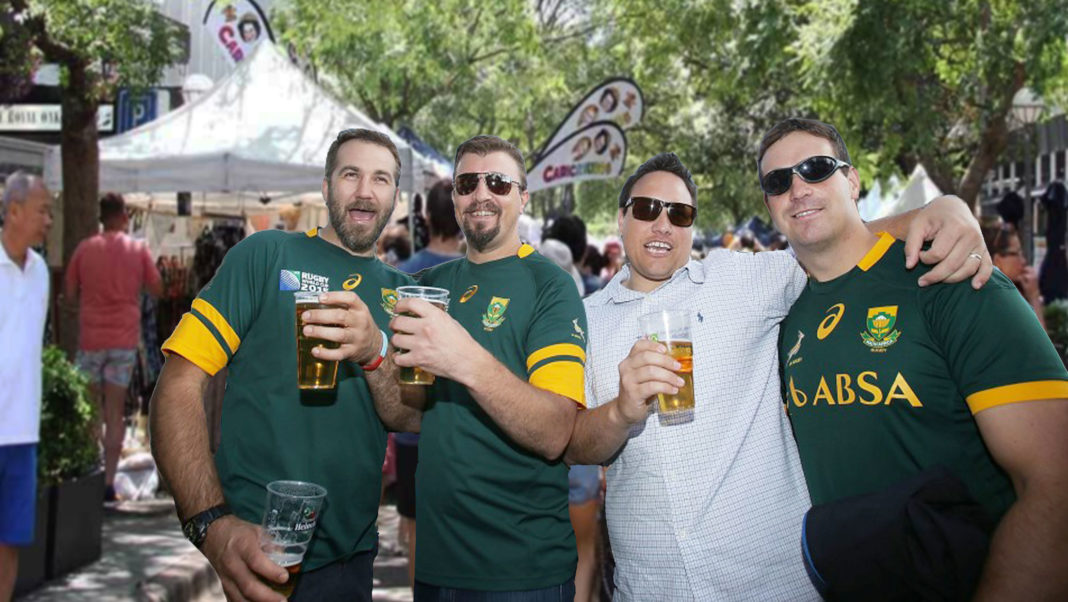 Of the 80,000 people attending today’s festival, it’s estimated a whopping 42% are born in South Africa.

Our reporters at the event say shouts of ‘howzit China’ could be heard everywhere.

“South Africa is easily the best country in the world,” says Lyle Wasner. “It’s such a shame we all had to leave to come and live in this shit hole.”

“We played so well in attack,” says Wasner, despite only ever playing soccer. “England are absolute garbage. And dont even get me started on the Wallabies.”