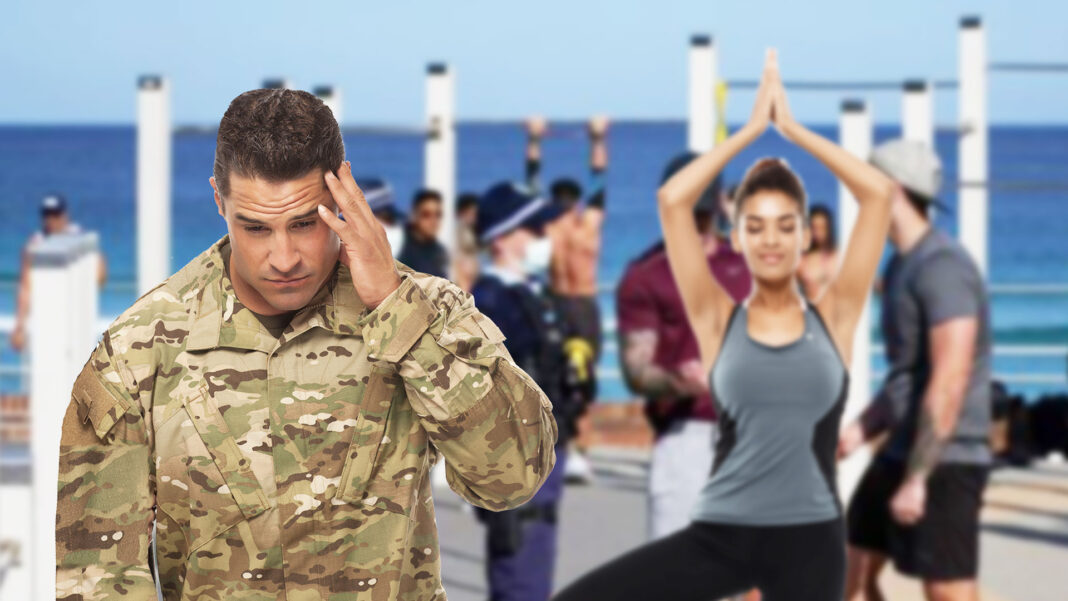 PTSD: A decorated war veteran says he may be forced to quit the military after three days of enforcing public health orders in Bondi.

“Not to mention all the entitled baby boomers around here.”

The 39 year old paratrooper won a bravery award for his five years helping to dismantle  Al-Qaeda in war torn Iraq.

“All these yuppies are a different breed, complaining all the time and ignoring the rules.” he says. “Give me Al-Qaeda any day of the week.”

Richard Herring says he’s asked his army bosses if he can have military counselling after his short stint in Bondi to deal with PTSD.

“I’ve also asked to be transferred to Sydney’s south west as soon as possible.”