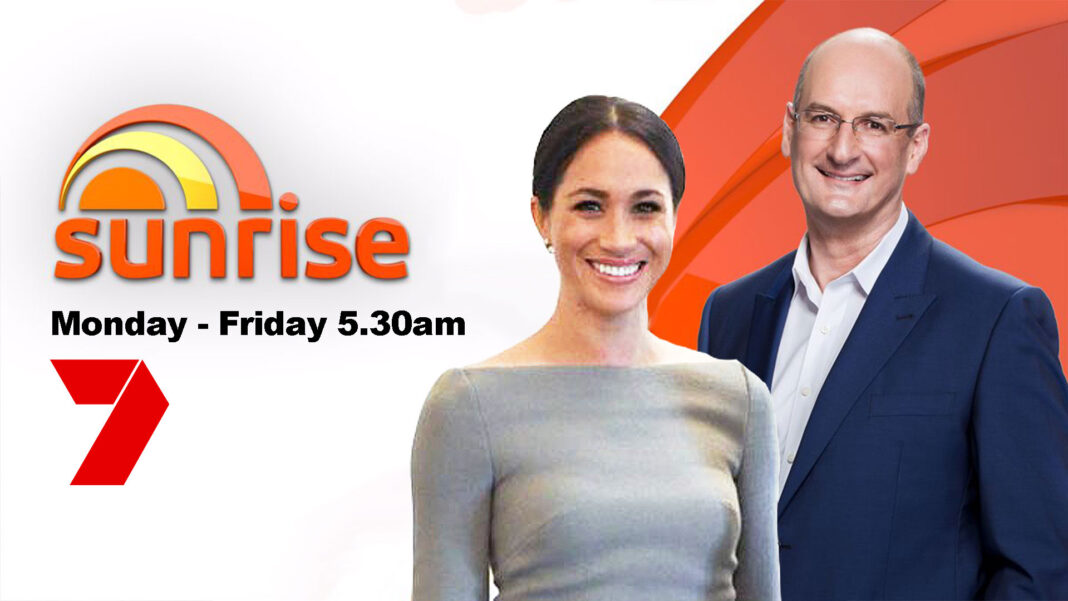 The Duchess of Sussex is taking the next brave step in her show business career.

Meghan Markle has been announced as the new host of the Sunrise breakfast TV show, taking over from Samantha Armytage who announced her resignation today.

“I’m really looking forward to building up my profile down under,” Meghan Markle told DBT. “I’ve never tried breakfast TV, but I’m sure it will be easy.”

Media analysts say the former actress is being hypocritical by saying she wants privacy, but at the same time heavily pursuing a career in the spotlight.

It follows the former actor’s tell-all interview with Oprah Winfrey which is set to air in Australia tonight.

“We’re really excited to have Meghan join the Sunrise family,” says Sunrise EP Mark Dell. “It’s also a great opportunity for us to have more diversity among our presenting team.”

“Harry, Archie and I are going to move to Sydney so we can be near the Seven studios,” says Markle. “We’ll probably get a place in Bondi or something.”