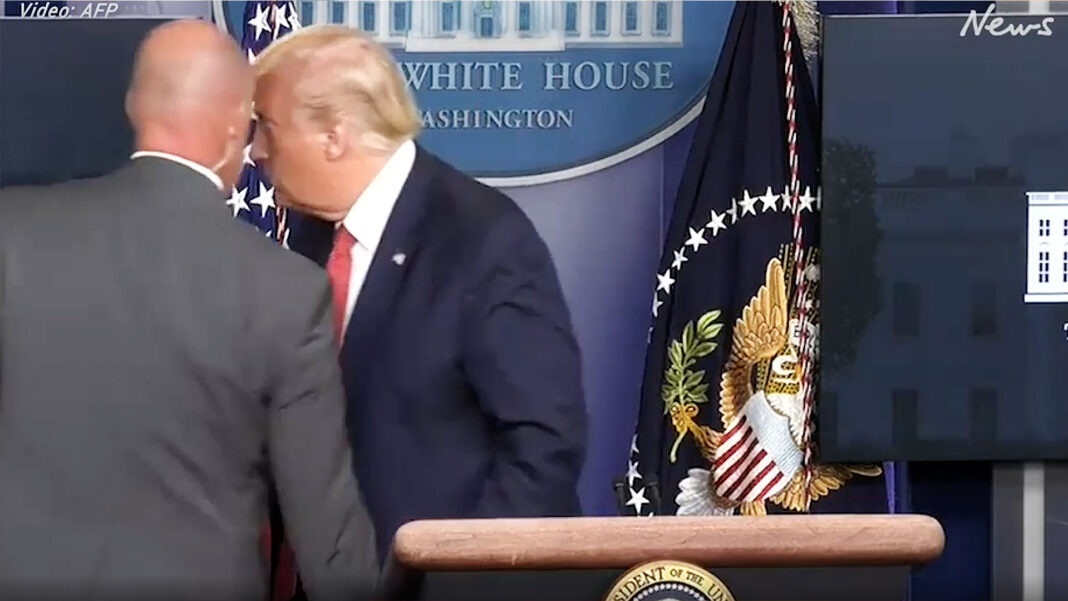 The U.S Secret Service have failed to get Donald Trump shot after they heard gunfire outside the White House this morning.

The U.S President had only been speaking for three minutes when a security agent stopped him mid-sentence and pulled him from the room.

“We were hoping desperately to get Donald outside and into the line of fire,” says one unnamed security official.

“But unfortunately all the shooting finished before we could get him out there.”

It remains unclear if the shooters were politically motivated, but analysts say getting Donald Trump shot would have been a great result.

“U.S voters and the entire political system have lost faith in the President, and our entire country has quickly become a basket case,” admits one White House official.

“Having him shot by a random gunman would be an easy way to start the process of rebuilding the nation.”

“It’s ok, this is a work in progress,” admits the White House official.