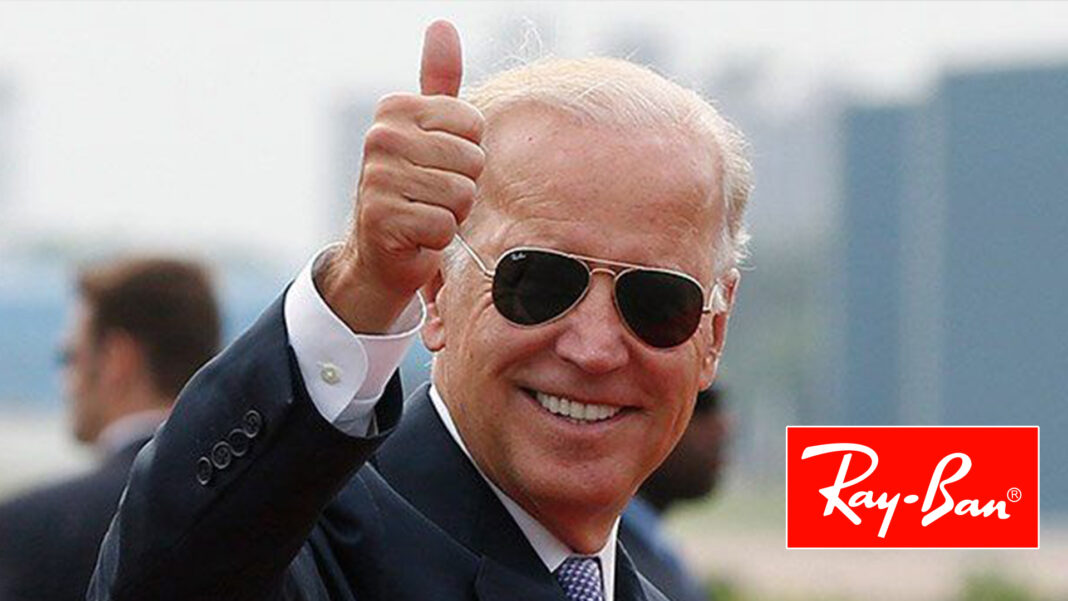 “Joe is a fighter and he’s a winner,” says Ray-Ban’s marketing director Lee Steele. “He’s a man of action and he’s the perfect ambassador for our brand.”

Ray-Ban says Biden has agreed to wear their aviator sunglasses at every “outdoor public appearance,” but the exact terms of the deal remain confidential.

“It’s not too dissimilar to all the political donations the political parties receive,” says Lee Steele. “We give them money and they do what we want. (laughs)”

Ray-Ban was founded in 1936, only six years after Joe Biden was born.

“We’re trying to start targeting older consumers, and Joe is one of the few living Ray Ban wearers who have been around since the start,” says Steele.