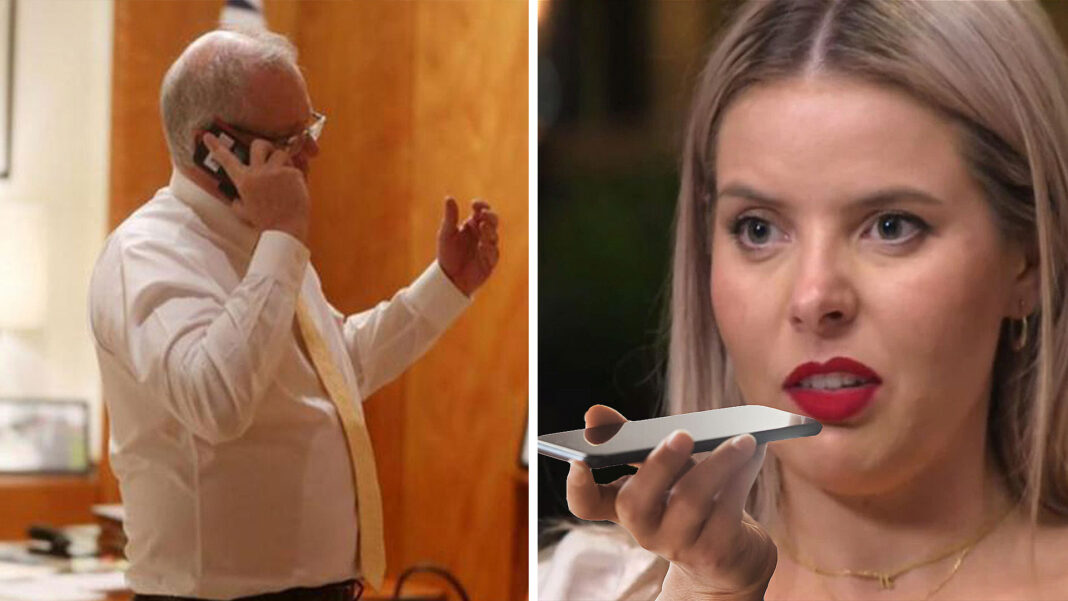 “Hi Olivia, I’m the Prime Minister Scott Morrison, and I think I may be able to help you.” he said at the start of a 15-minute phone call with the 28 year old.

“I understand you’re being accused of lacking empathy and I know a really good empathy consultant.”

“Look, as far as empathy goes, I just don’t have it,” replied Ms Fraser, who is copping arguably the most extreme backlash ever faced by a MAFS contestant.

But the Prime Minister reportedly pressed on, trying to convince her.

“Don’t worry, it’s not about actually learning how to have empathy,” he said. “It’s just about looking as though you’re trying. Give me a call if you change your mind.”