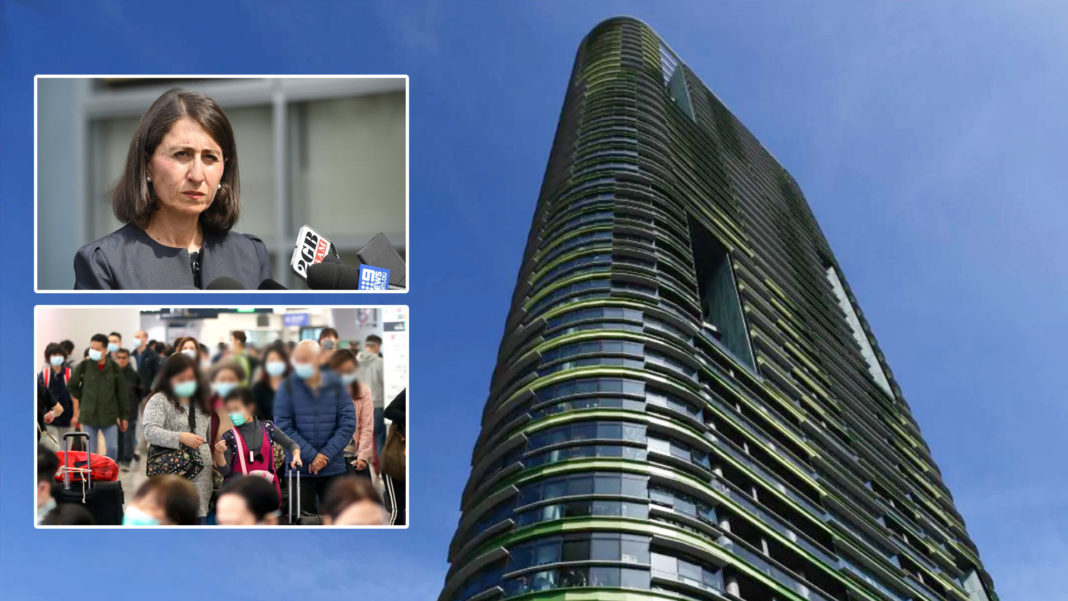 The NSW state government has announced that the beleaguered Opal Tower at Sydney Olympic Park will be used as a Coronavirus quarantine centre.

“Work has begun to transform the building into a state of the art quarantine facility,” says Gladys Berejiklian.

“When it’s complete, anyone in Sydney diagnosed with the virus will be transferred there.”

The Opal Tower has sat abandoned since cracks appeared in the building more than 12 months ago, forcing the evacuation of all its residents.

“Independent assessors have now deemed the building safe enough for use as a quarantine centre,” says the Premier. “We are pleased to be able to put the building to good use.”

The federal government announced this week that Australians in China’s Hubei province at risk of coronavirus will be airlifted to Christmas Island for quarantine.

“We also need a local quarantine facility for anyone in Sydney diagnosed with the virus,” says the Premier.

Australia’s other capital cities are also expected to set up local quarantine centres.

There are nine confirmed Coronavirus cases in Australia – four in NSW, three in Victoria, and two in Queensland.

The virus has so far claimed 171 deaths around the world.

The Premier says The Opal Tower’s transformation into a quarantine facility is expected to be completed “within weeks.”