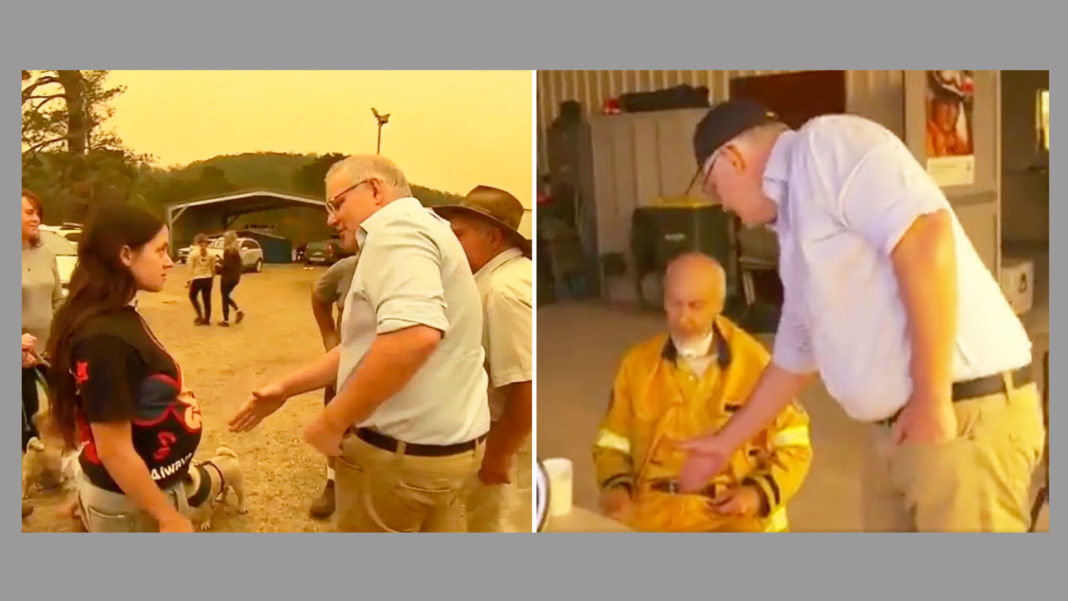 Scott Morrison’s media team has adopted a new strategy to combat awkward on camera exchanges where bushfire victims have refused to shake the PM’s hand.

“Any fire victims or firefighters who want to meet with the PM will now be required to fill out a short questionnaire first,” says the PM’s staffer.

Among the questions in the survey are:

‘Have the bushfires claimed your home or business?’ Have you slept in the past 48 hours?’ And: ‘Are you prepared to shake the Prime Minister’s hand on camera?’

The government’s pre-screening initiative comes after several bushfire victims snubbed and heckled the PM as he visited the fire-ravaged NSW South Coast.

“We want the PM to meet as many fire victims as possible, we just need to make sure they are right victims first,” says the staffer.