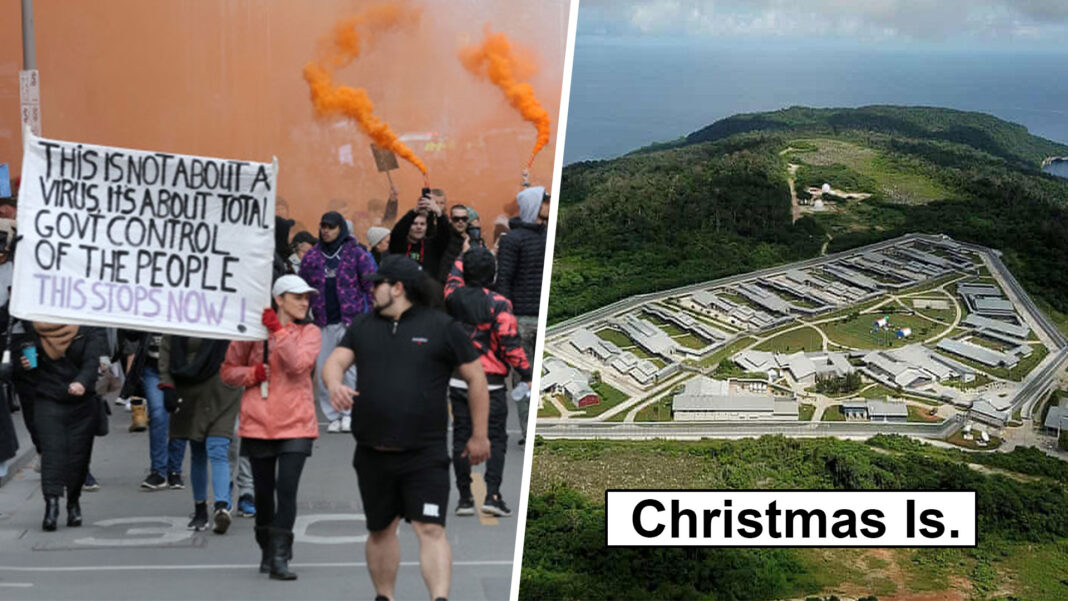 An immigration detention centre on Christmas Island will be used to house anti-lockdown protesters under a new plan announced by the federal government.

It comes after thousands of protesters took to the streets around the nation on the weekend, sparking fears the violent demonstrations could be superspreader events.

“Anyone who can prove they were protesting on the weekend is eligible for the free flights to Christmas Island,” says Scott Morrison.

“The federal government will also be covering their living expenses while on the island.”

Protesters who spoke to DBT said they are looking forward to taking up the offer.

“It sounds great to be honest,” says one protester, “I’ve never been overseas before, plus living in a detention centre sounds better than living in lockdown.”

DBT understands return flights to Australia will need to be paid for by the protesters.