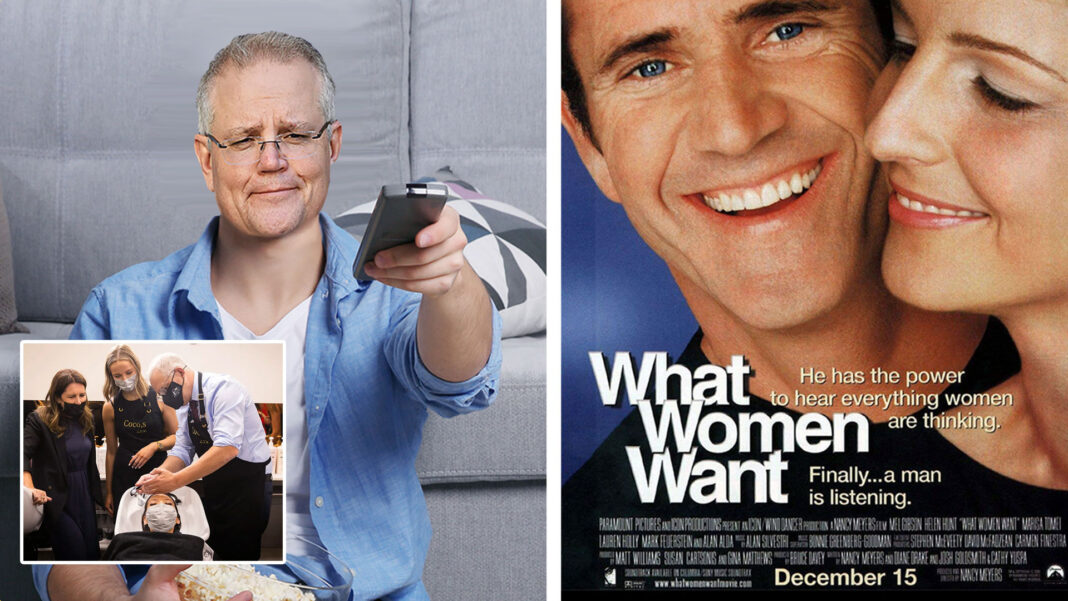 SEX APPEAL: The Prime Minister is spending his Friday night in damage control.

After a failed attempt to appeal to women by washing a stranger’s hair at a Melbourne salon today, Scott Morrison is tonight holed up in his lounge room watching a Hollywood classic.

“My empathy coach highly recommended the Mel Gibson and Helen Hunt movie ‘What Women Want,” he says. “But to be honest, it sounds like a load of bullshit to me.”

However the PM has been left with little choice.

Scott Morrison stands accused of not caring about what women want, after a steady stream of rape and sexual harassment allegations involving liberal party members.

“I’ve tried to talk about the importance of my wife and daughters, and now I’ve even tried washing a woman’s hair, but I’m getting nowhere,” he says.

“Why can’t we go back to simpler times when my biggest worry was a global pandemic? A couple of deaths a week was so much more straightforward than this minefield.”

At time of publication, the PM was seen watching Sky News on his mobile while the movie was on.