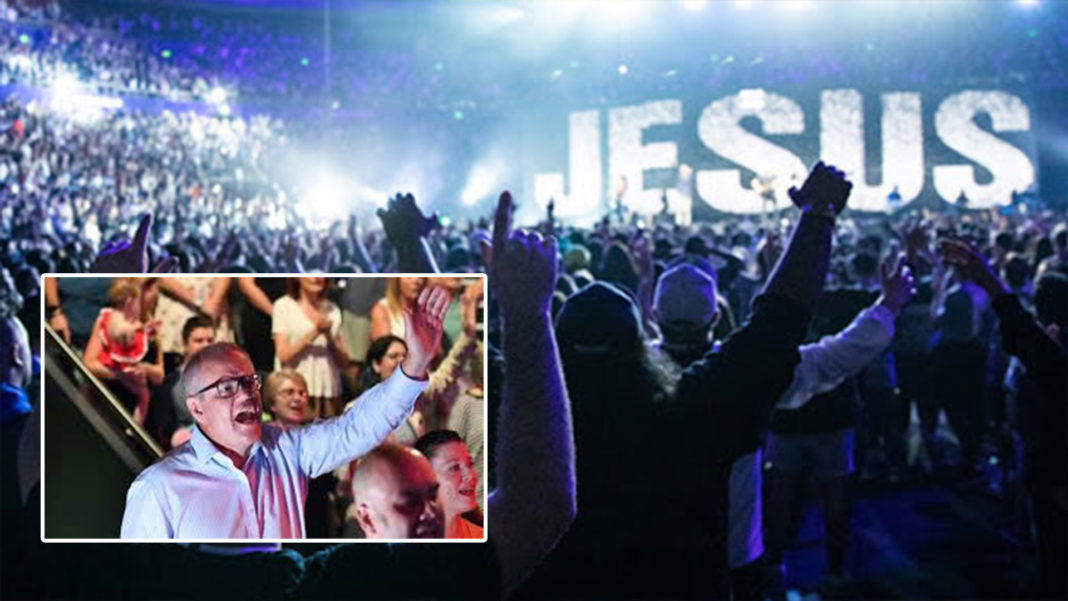 The Prime Minister is denying claims that his decision to open stadiums to crowds of up to 10,000 is linked to the upcoming Hillsong convention in Sydney.

“These are two completely seperate issues,” says Scott Morrison. “The federal cabinet’s announcement today is about sports fans and helping to re-build the national economy.”

However the federal opposition says the opening up of stadiums is being done specifically in time for the Hillsong Convention on June 29 at Qudos Bank Arena.

“The PM is very keen to raise his hand in prayer once again,” says Anthony Albanese. “He hasn’t been to church in months and he’s having withdrawals.”

“Brian has been lobbying hard for this. He’s been all over the PM like a rash of late,” claims Albanese. “The pair are very close mates.”

Scott Morrison says all social distancing rules will apply at the Hillsong Convention, except for 10 minutes at the end when all attendees are urged to hug each other.