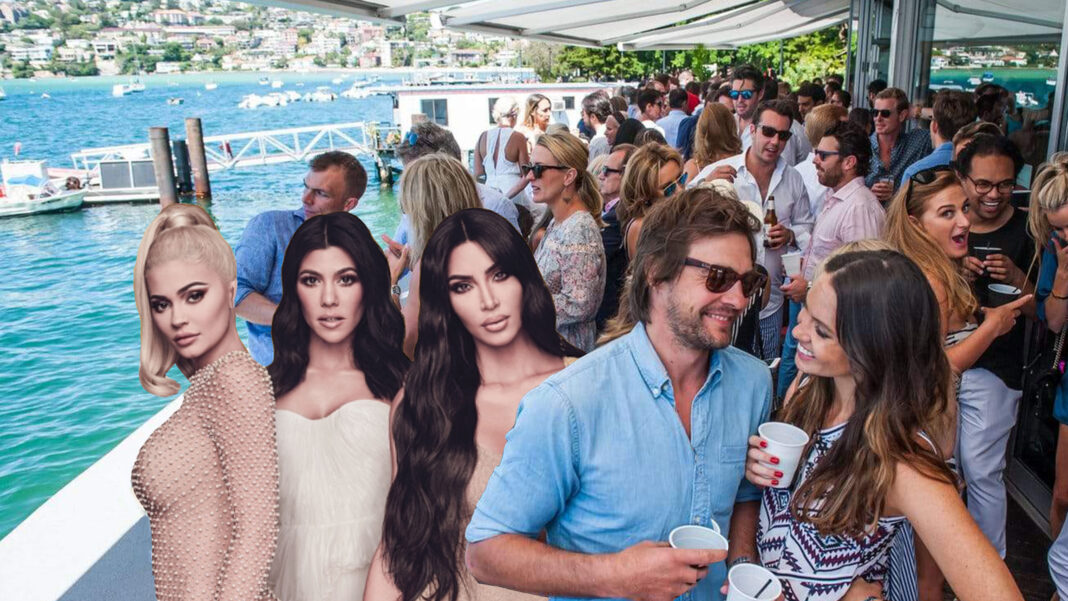 A-LISTERS: Catalina restaurant at Rose Bay has again cemented itself as a premier NYD destination, after the Kardashian’s posted a photo of themselves at the popular party.

“So privileged to be able to celebrate the new year with Sydney’s most beautiful people,” the caption read. “We cant wait to visit Australia again soon.”

It quickly garnered hundreds of thousands of likes and comments from adoring fans.

But there’s growing speculation the photo is fake.

“They’ve just photoshopped themselves into a photo they found on Google images,” says one man who was at the party.

“I was at Catalina all day and I didn’t see any of them there.”

The Kardashians are well known for photoshopping images of themselves.

They reached out to DBT to offer comment for this story, but we are yet to return their calls.