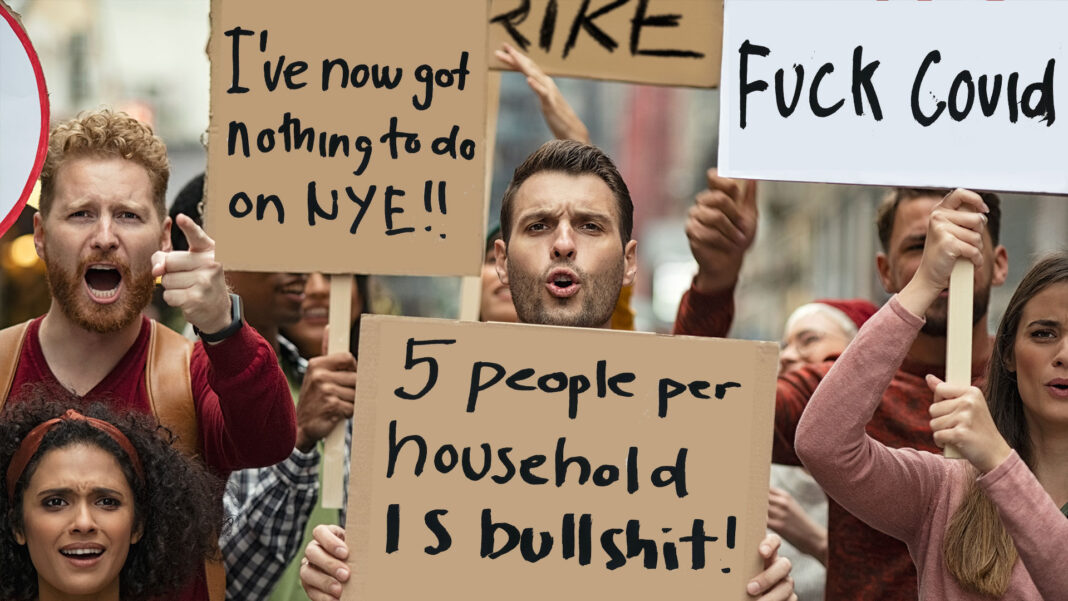 Protests have broken out across greater Sydney this afternoon in response to tighter restrictions on New Year’s Eve household gatherings.

The Premier has reduced the number of guests allowed from 10 to 5, after a surge of 18 new covid cases overnight.

“I was one of ten people invited to a Bondi house party, but the hosts just rang me to uninvite me,” says one man. “Now I’ve got nothing to do on New Year’s Eve.”

The protestors are calling on the state government to overturn the new restrictions immediately.

“What sort of a party can you have with only 5 guests?” asked another protestor. “It seems like the lamest party ever.”

Party hosts are backing the protestors cause, saying it’s hugely awkward to now have to uninvite 5 people from their guest list.

“Seriously, it’ll be easier to just cancel the whole party,” said one host.