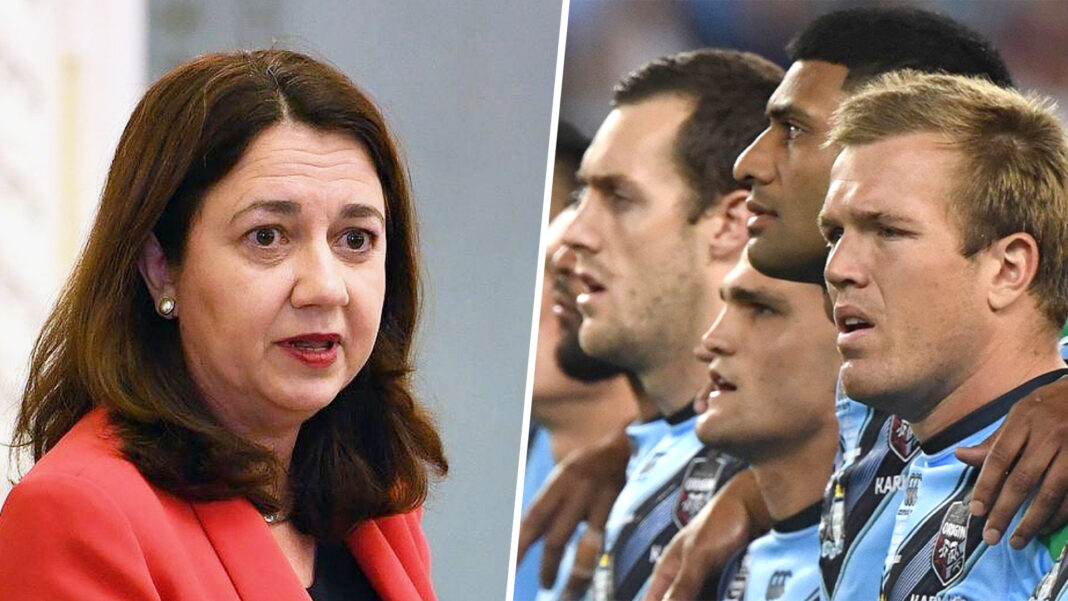 The 2021 State of Origin series has come to an abrupt end, after Queensland recorded a new case of Covid-19.

“We’ve been left with no other option but to withdraw from the series,” says the Queensland Premier Annastacia Palaszczuk.

It comes after a Melbourne woman, infected with Covid, travelled from Victoria to Queensland by car during lockdown.

“Queensland is now on edge, with fears of a new outbreak,” says Ms Palaszczuk. “The last thing we need is players and fans crossing the borders just for a game of football.”

Some Queensland Rugby league fans who spoke to DBT admit the cancellation of the series is “a blessing in disguise,” after the Maroons got hammered by NSW last night 50-6.

State of Origin Game II was due to be held at Brisbane’s Suncorp Stadium on June 27, but the Queensland Premier is giving no indication if or when State of Origin will return.

“That is the least of my concerns right now,” she says.