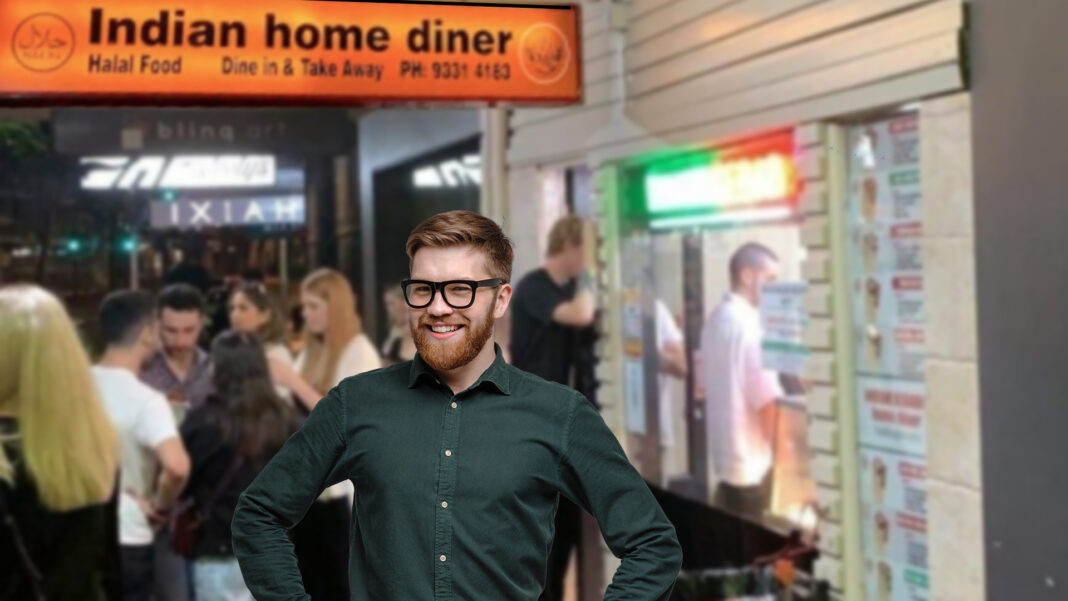 LIFELINE: A Paddington man is breathing a sigh of relief today, after learning the Indian kebab shop on Oxford street is allowed to trade until 3am on weekends.

“I don’t get invited out by friends very often,” admits Joel Tanner. “So I just go down the road to the Indian Home Diner and pretend I’m there for a kebab.”

The 31 year software engineer says he has problems getting into nightclubs, so a late night kebab near home is a much better social option.

“It gets really busy down at the Diner,” he says. “But unlike me, all the people there have actually been out somewhere else.”

Woollahra Council reversed an earlier decision that “it’s not in the public interest,” for the diner to remain open in the early hours of the morning.

“It’s such a relief,” Joel Tanner told DBT. “I really just want to meet a nice girl there and settle down.”