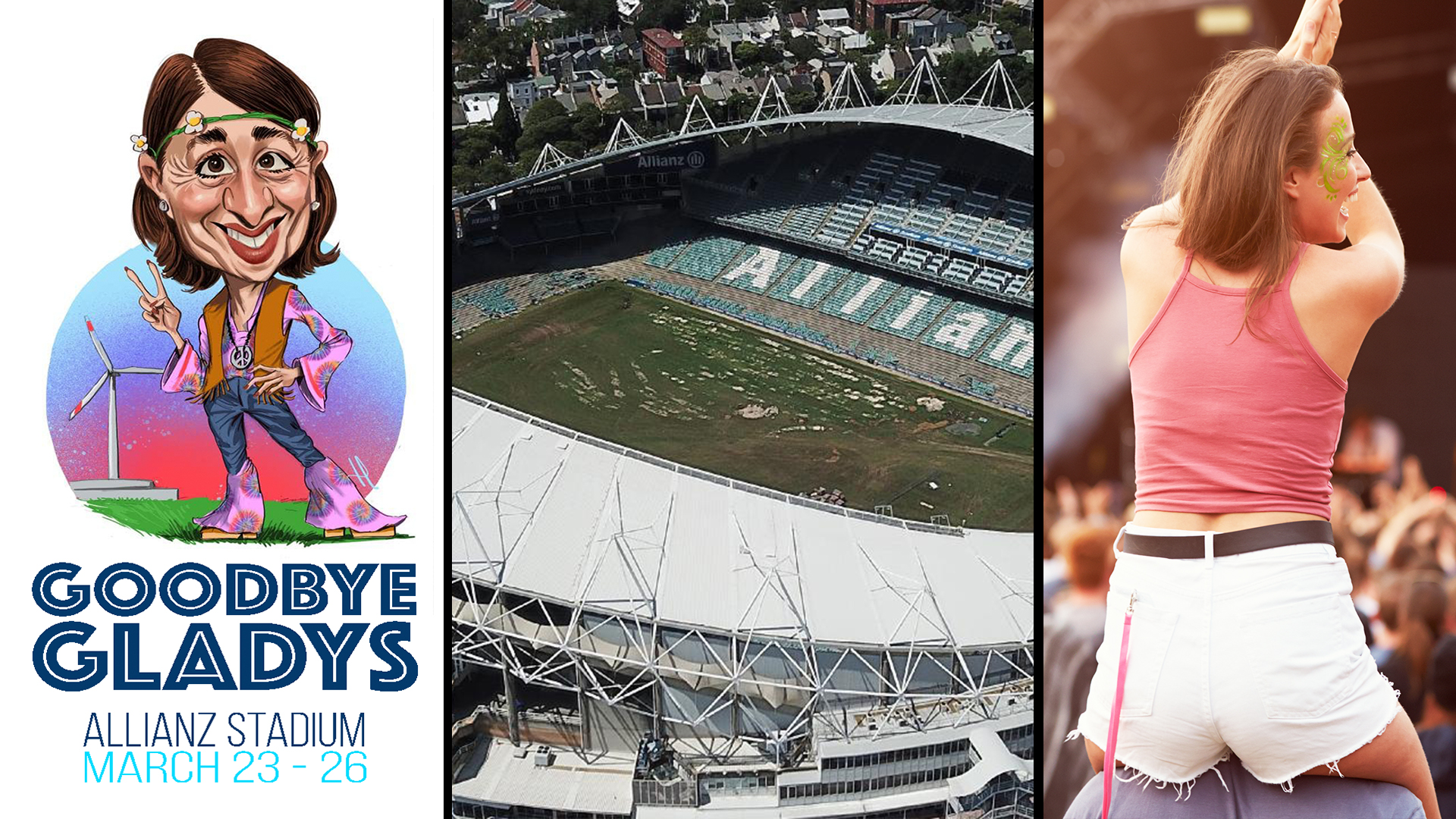 The NSW Labor party has pledged to host a large scale, 3-day music festival at Allianz stadium if it wins the election.

“The stadium may already be in a state of ruin, but what better place to farewell Gladys Berejiklian?” says Labor leader Michael Daley.

“If we win the election, we will pay for a 3-day music festival within the stadium,” says Michael Daley. “There will be no entry fees, no curfews, no sniffer dogs and plenty of pill testing.”

“We’re currently talking to a number of festival organisers.”