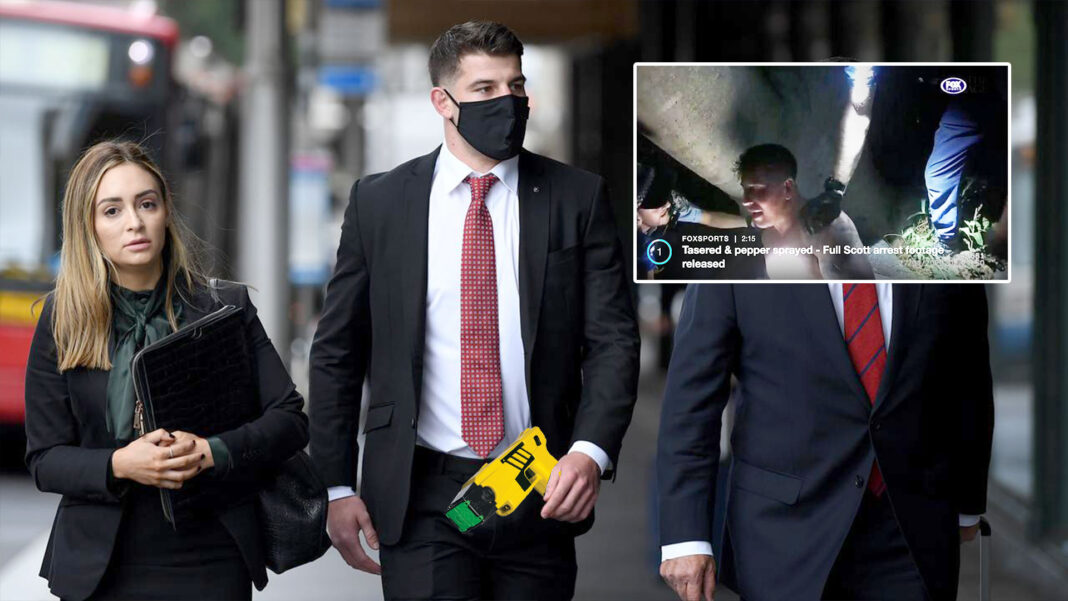 Canberra Raiders NRL player Curtis Scott has won a landmark legal case, allowing him to carry a taser gun at all times.

“I’m very relieved,” the 22 year old said as he left court. “You never know when police will handcuff you, pepper spray you and taser you repeatedly for absolutely no reason.”

It follows the release of police bodycam footage showing Scott’s gruesome and unnecessary arrest on Australia Day this year.

While asleep under a tree in Moore Park, he was handcuffed, doused with peeper spray and brutally tasered 3 times by police.

“That’s why I applied to the courts for a license to carry a taser gun at all times. It’s for my own protection.”

It’s the first time a court has granted a civilian taser license, but legal experts say it wont be the last.

“This case will act as a precedent,” says Curtis Scott’s lawyers. “We believe all people in NSW should have the right to carry a taser because local police have totally lost the plot.”