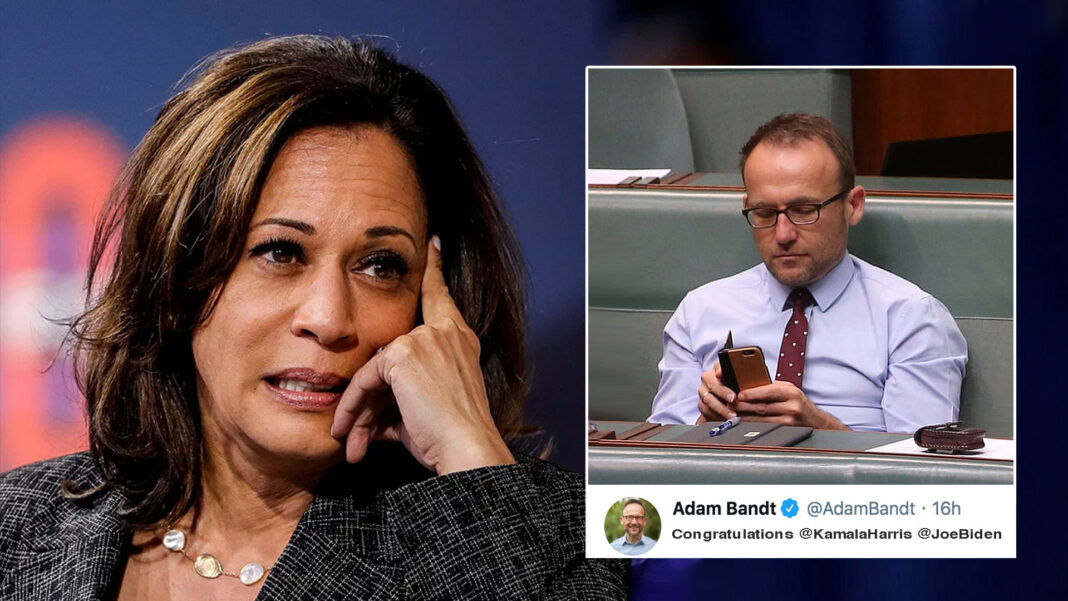 Greens leader Adam Bandt has joined the thousands of politicians around the world offering their congratulations to the US Democrats on their inauguration.

“The swearing in of the Biden administration represents a triumph of hope over fear. Congratulations @KamalaHarris and @JoeBiden,” Bandt tweeted yesterday.

But the US Vice President Kamala Harris has delivered a swift rebuke to Bandt’s tweet.

“Who the fuck is Adam Bandt and why is he tagging me on Twitter?” she asked DBT. “I’ve literally never heard of him.”

Our Washington correspondent explained to Ms Harris that he’s the leader of the Greens in Australia, but that didn’t seem to help.

“I’ve been in the job one day and I’m already getting so sick of people tagging me in bullshit posts,” she says. “Does he expect me to follow him back or something?”

Adam Bandt hasn’t returned DBT’s requests for an interview, but we can confirm his Tweet has since been deleted.