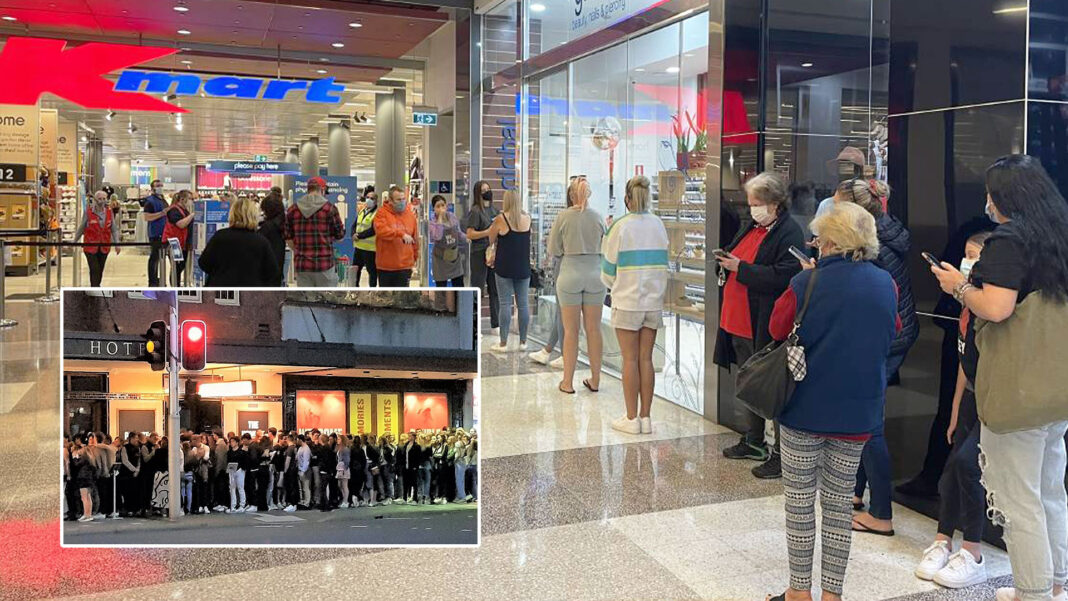 RETAIL FRENZY: Sydney boomers are being blamed for long delays at the popular discount retailer Kmart.
“Older shoppers are having a tough time navigating QR codes and vaccine passports,” says Irene Tomlinson from consumer group Choice.
“It’s a difficult and confusing time for many of them.”
Boomers are being reminded they don’t need to stand directly in front of QR codes while slowly filling out check in forms on their mobile phones.
“All I want is a new toaster,” says one young shopper waiting in a long queue outside Kmart Bondi Junction.
“I’ve just spent four months in lockdown and now I have to deal with this rubbish.”
A new report by Choice shows it’s now easier and quicker to get into the Sheaf on a regular Wednesday night.
“It’s taking the average shopper 35 minutes to get into Kmart, compared to only 31 minutes to get into the Sheaf,” says Irene Tomlinson from Choice.
“We’ve never seen that many people trying to get into a discount retailer.”
And, the queues are expected to continue well into next week.